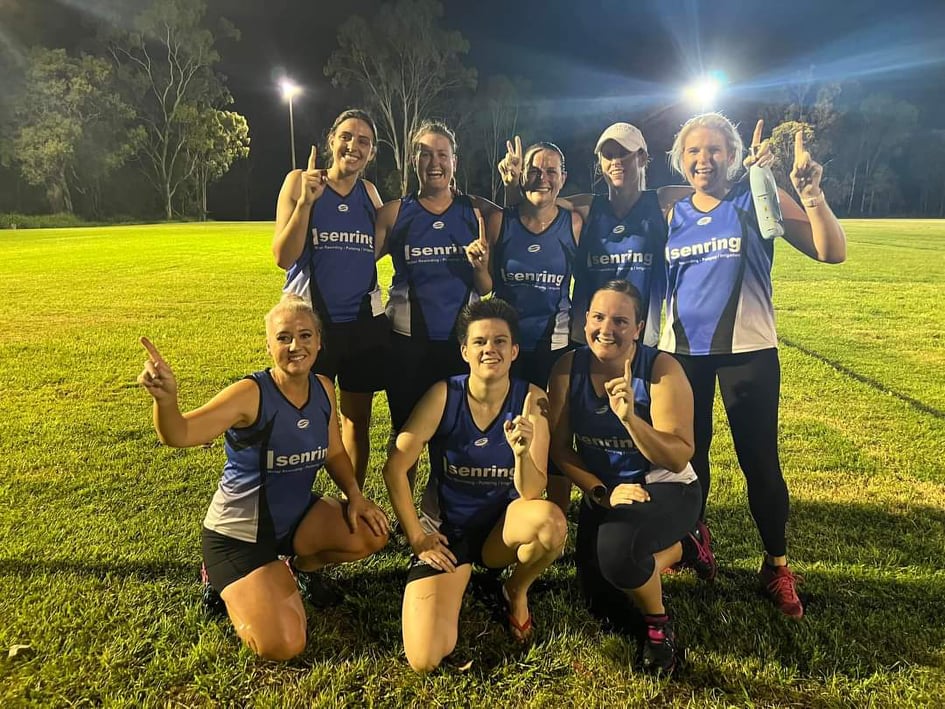 Gladstone Touch Association (GTA) held successful grand-finals across 15 grades in early December, with some great games enjoyed by one of the largest crowds seen for many seasons.

The Mixed Division One Grand Final, played between MHPS Steelers and Patrick Jewelers, was an epic free-flowing match with Steelers coming away with a close 11 – 10 win.

Ageless Matty Baker was pivotal in setting up the Steelers attack, and was well supported by Carly Hill and Dylan Lawson who received the Best-on-Ground awards.

The Women’s Division One Grand Final was contested between SportsPower Gladstone and Rebels.

SportsPower went into the game as minor premiers and favorites, but were pushed all the way by Rebels, with SportsPower eventual winners 3 – 1.

The class of Georgia Muir, who was Best-on-Ground, proved to be the difference between the two teams.

Men’s Division One was another closely contested game with Rebels holding off Oaka Construction for a 7 – 5 victory.

The Rebels team played a very tight structured game which proved too much for Oaka in the end.

GTA President David Woodward said he was very happy with how both the season and Grand Final night went.

“I’d like to thank the Gladstone touch community for their support,” he said.

“This season we had very close Grand Finals, a bumper crowd, and the most players we have had for 10 seasons.

“Next season will only be bigger and better.”

Team registration for the 2022 Season 1 is open now, with the season due to kick off on February 7.