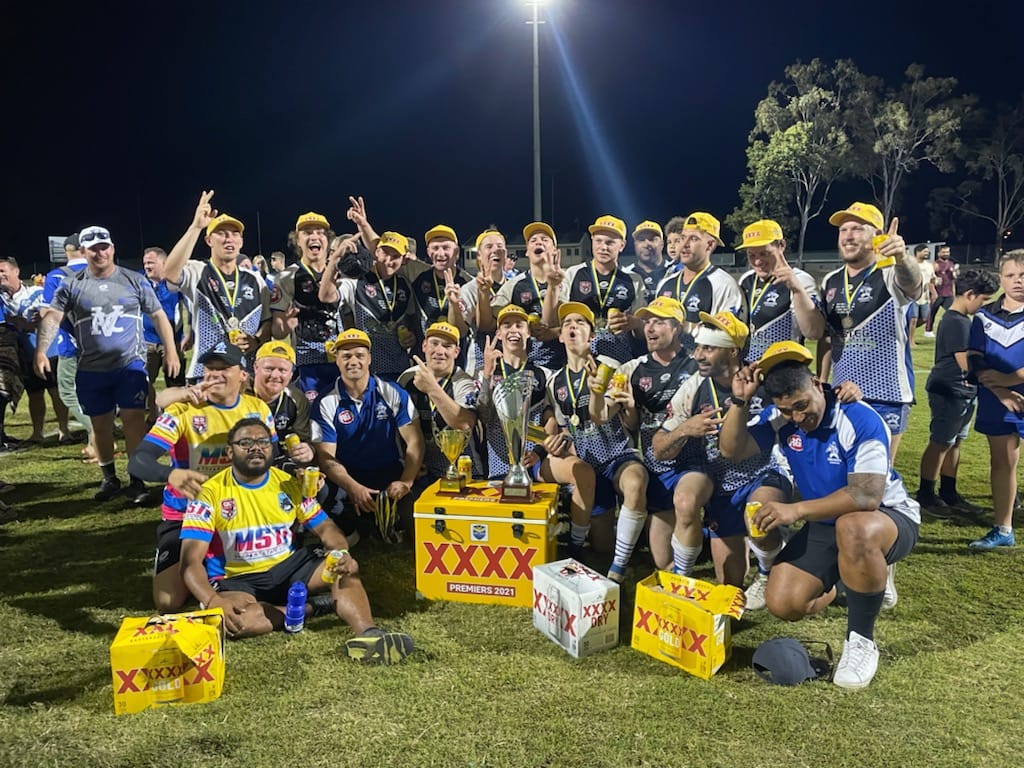 Gladstone Valleys Seniors are the Gladstone Rugby League Division One champions after defeating Gladstone Brothers 24 to 16 in the Grand Final at the end of August.

President Rance Coop said it was a tough fought game.

“It was an outstanding performance by our team considering Gladstone Brothers had beaten us twice earlier in the season and we were considered to be the underdogs coming into the match,” he said.

“For Valleys A Grade to come out and win is a credit to how hard the coaching staff and players worked throughout the year, and the determination that was shown by the players in the game.”

Rance said the team held onto a two point lead for the majority of the second half until the 79th minute when Valleys Halfback, and player of the match, Jackson Hoyland scored an outstanding try which secured the win.

“It’s something special to win one Grand Final, but for these lads to go back-to-back is something else,” he said.

“I’m proud of every single player, coach and club member who put in the time and effort this season.

“I’d also like to thank Rugby League Gladstone volunteers for all their work and effort to keep the competition running, and our sponsors Aestec Services, Platinum Electrical, Baileys Marine Fuels Australia, Kaefer and the Rocky Glen Hotel for their support.”

They currently have teams from Under 6s to Under 17s in their Junior Club and a Seniors Club which includes a Division 1 Team (A Grade) and a Division 2 Team (Reserve Grade).

Follow the Valleys Rugby League Club Gladstone Snr Facebook Page to keep up-to-date with club activities or if you’d like to get involved in the Diehards Family.