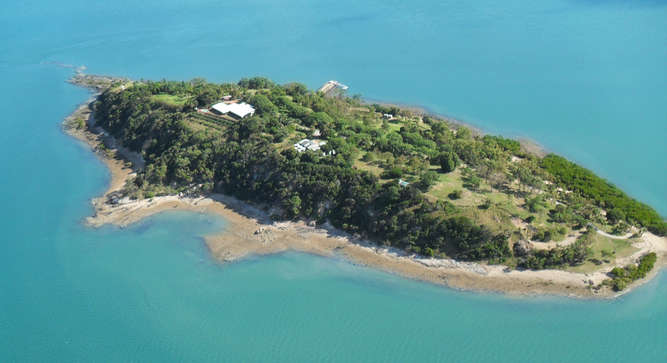 Which billionaire is the new owner of Gladstone’s Turtle Island?

Sydney actor Brendon Lunney sold the island for $3.45 million after two years of being on the market to billionaire Koh Wee Meng.

Koh Wee Meng – Images by Forb, founder of the Fragrance Group and developer of an opulent apartment and hotel tower in Melbourne modelled on the curvaceous shape of singer Beyonce, has bought a Turtle island.

Mr Koh, worth more than $US1 billion according to Forbes, and it’s not the first Australian island he has purchased, he is believed to have paid $5.5 million for Waterhouse Island, which is about 3km off the northeast tip of Tasmania and features a jetty, colonial style homestead, two airstrips and a stretch of white sandy beach.

Forbes lists Mr Koh’s net worth at $1.02 billion, which puts him inside the top 30 richest people in Singapore.

It is understood that Mr Koh plans to use the island as a private ­retreat while in Australia.

This truly is a private Island fit for a movie star or recluse celebrity. This home is perched high up on one of the handful of fully freehold private Islands on our magnificent Queensland Coast.

This luxurious and spacious themed Australian designed home looks towards the east over the surrounding Islands and beyond to the Great Barrier Reef, with Lady Musgrave, Lady Elliot and Heron Island coral cays less than an hour from your own private jetty.

This sensational home has its own guest wing with three separate fully private bedrooms, which are more like a high quality resort room with their own lounge, bathroom and TV plus veranda, with views and perfect idyllic in-ground pool at their doorstep.

The main house has one of the largest kitchens imaginable, with enough cooking and preparation area that could cater for the biggest celebrity party or just enough for that hungry family. There are various levels of temperate fridges, one for the Champagne or Beer, the other for your general goods and then there’s the freezer for all the ice and other frozen goods. You could conceivably live there for months without restocking as the home has a pantry and goods store that is as big as a domestic bedroom.