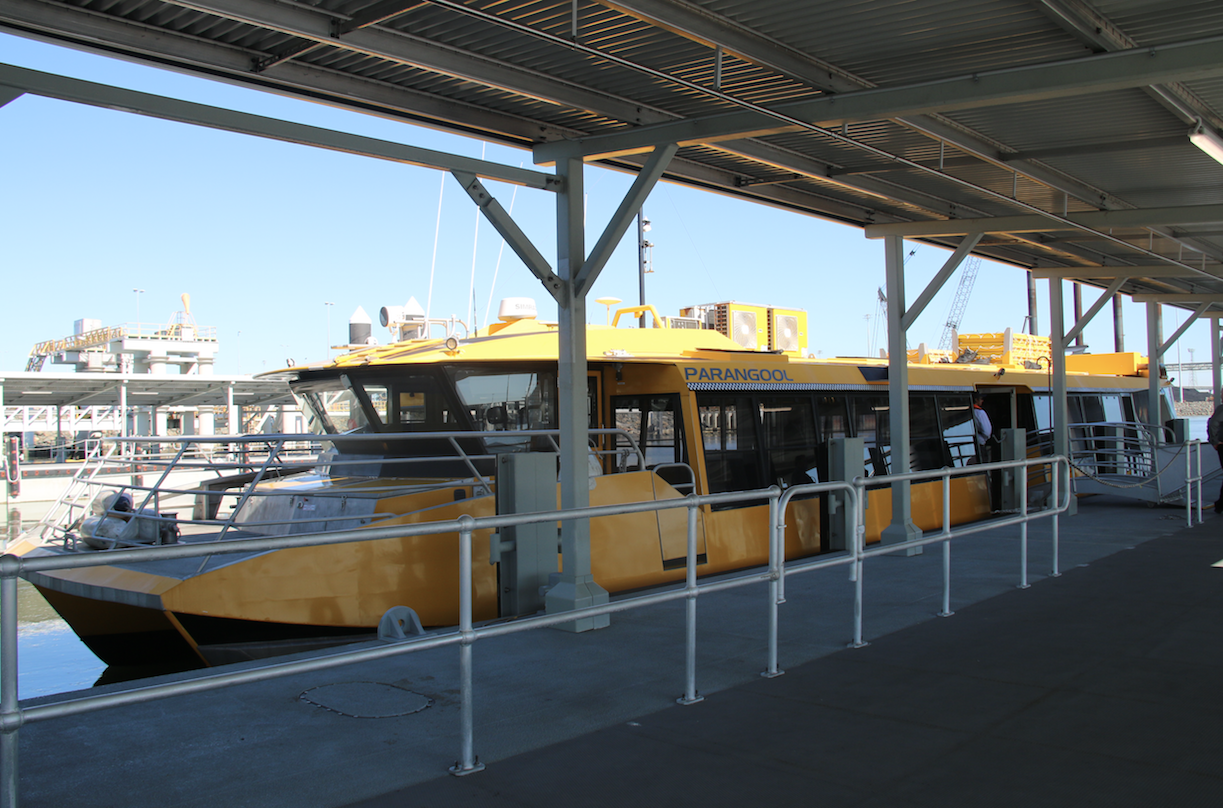 The new terminal will be used by GLNG and QGC for their passenger ferries and transportation of materials and equipment to and from Curtis Island.

Gladstone company Golding Contractors led the construction of the facility, which began in September last year.

“We are proud of our significant contribution to the Gladstone community through jobs and ongoing investments, and we look forward to continuing to play a major role in the local economy for many years to come.”

QGC Asset Manager, Peter Norman, said QGC was proud of the contribution local companies and contractors had made in designing and building the new facility.

“Dozens of local suppliers and contractors were engaged throughout the design, civil, construction and fit-out phases, from crane operators and excavators to plumbers, electricians and cabinet makers. The terminal is a great example of the diversity of our local skills base.”

Golding Contractors General Manager, Brenton Akehurst, said, “Golding is proud to safely deliver a project that enables it to showcase the capability of our Gladstone community by engaging many local companies during the construction, as well as providing a number of employment opportunities to local people.”