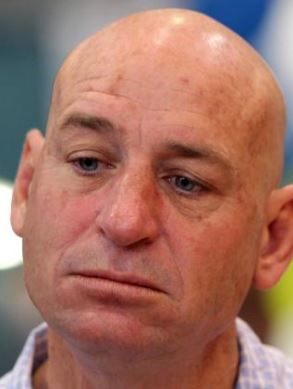 Posted at 12:05h in Council, Finance, News by News 0 Comments

Worrying about our region’s unpaid rates is keeping the Deputy Mayor Chris Trevor awake at night: and he fears it’s about to get much worse when water bills are sent out later this month.

During discussion of council’s debt recovery actions for unpaid rates bills during today’s meeting, Councillor Trevor speculated that residents have forgotten that a second assessment would soon be on the way, as one half of the annual costs of water and sewerage access are billed in February.

“They will get bill shock,” he said.

September’s rate notices contained only half of the annual water access and sewerage charges with the other half will be moved to February’s water consumption notice in an effort by the council to break rates costs into more manageable portions, but Cr. Trevor fears we have short memories:

“It might be time to reinforce the message that the reason we did this was to give them a helping hand rather than a sneaky trick to make the rates look lower than they used to be,” Cr. Trevor said.

“The community will think we are a sneaky council and this is what we set out to do.”

Council’s Chief Financial Officer Mark Holmes said that more than 2000 residents had taken up the option for a rates payment plan with staggered instalments throughout the year, but Cr. Trevor’s predictions for Mr Holmes rates department were dire:

“Your task is going to be made that much harder in the next three years unless we get some help for this community,” he said

“We have many pay packets coming in from Wheatstone, Darwin and Barrow Island and hundreds of men and women from our community are going to be coming back over the next eighteen months to a community with no jobs.”

CEO Ros Baker kept it in perspective: “No-one is going to love getting their rates bill no matter how it is delivered,” she said. “There will be community sentiment for and against, so we have to make sure we’re working with the community to ease the squeeze as much as we can.”

Mr Holmes added that the situation was being watched closely to ensure the efficiency of debt recovery and payment options: “Water access charges hit the streets in February and we see that as another option to engage with people especially if they have fallen behind on their first instalment,” he said.

The Mayor pointed out that 86 percent of Gladstone Region residents’ rates were lower this year than last year.