GPC Acknowledges Past Employees and Board Members

08 May GPC Acknowledges Past Employees and Board Members

Gladstone Ports Corporation (GPC) has acknowledged the efforts of eight former employees and Board members, through the official naming of Port of Gladstone roads.

GPC CEO Peter O’Sullivan said the eight former employees and Board members all made significant contributions to the Corporation’s operations.

“These talented and dedicated individuals recognised the importance and potential of GPC, its ports and its people,” Mr O’Sullivan said.

“It is fitting to acknowledge their commitment with a lasting legacy that GPC employees are reminded of every day.”

Graham Fenton, who received his framed street name on Thursday is the second generation of Fentons honoured by the GPC with Mark Fenton Drive a very familiar roadway to many LNG workers.

Graham’s son, also Mark Fenton, says the pressure is on:

“When I worked on the island, I had to explain that I wasn’t that Mark Fenton, but it’s a fantastic honour for the family with both Dad and grandad having roads named for them,” he said.

The new road names are now in effect. 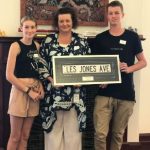 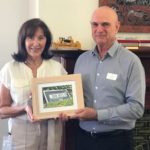 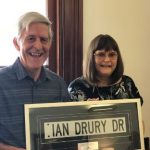 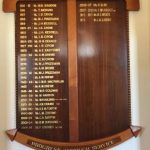 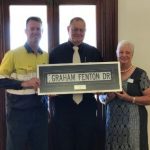 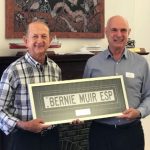 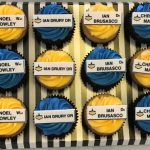 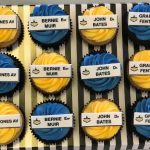