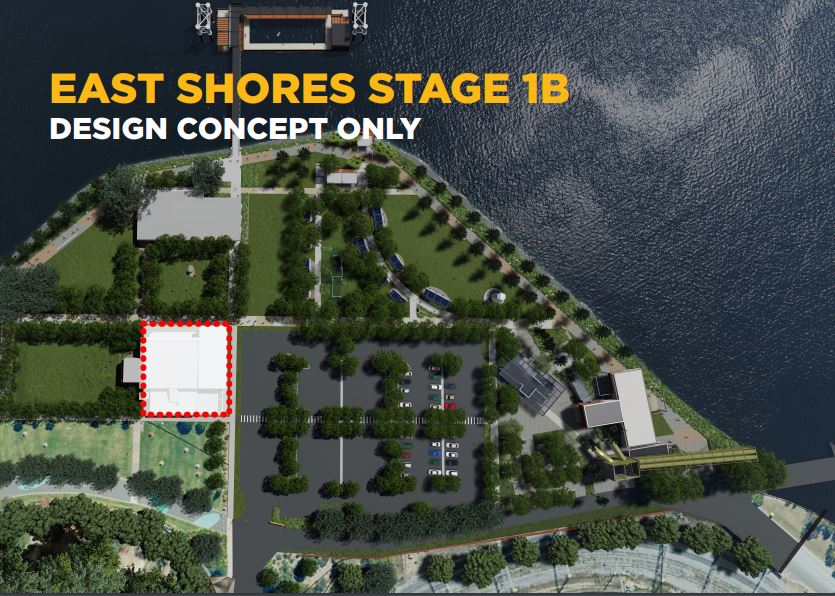 Gladstone Ports Corporation (GPC) and Gladstone Regional Council have partnered to enhance the connectivity of their community parklands, East Shores and Auckland Hill.

Local contractor Quality Management & Construction Pty Ltd has been awarded the tender to widen the stairs on Auckland Hill, connecting the two parks and improving access.

GPC CEO Peter O’Sullivan said that GPC would oversee the works. “The stairs are a popular feature of Auckland Hill and are used by many for fitness and leisure,” Mr O’Sullivan said. “By widening the stairs, we are improving access between the recreational precincts in the area.”

Works are anticipated to commence in mid-October and be completed by the end of November. During this time the stairs will be closed to the public, with the exclusion of Monday 29 October when they will be opened to support Feast on East.

In addition to the works being undertaken on the stairs, GPC has also commenced work to increase car parking along Flinders Parade.

The carpark at GPC’s Flinders Parade workshop will be upgraded to include 22 parking spaces to support the growing visitor numbers accessing the recreational precincts in the area.

The projects follow the completion of restorative works on the Auckland Hill Waterfall. Water is once again flowing from the Auckland Hill waterfall, after it was temporarily shut down to ensure the safety of visitors to the parkland precinct.

Gladstone Ports Corporation (GPC) identified a hole in pipes late last year that was causing water to leak across the road and walkway at East Shores. Mr O’Sullivan said the project was successfully completed in early September.  “Contractors were able to drill through the rock, establishing a new pathway for pipe to be installed,” Mr O’Sullivan said. “The pipe has now been fed through, connecting the ponds, and returning the waterfall to its former glory.” The waterfall has been a popular feature of the Auckland Hill and East Shores precinct since it was opened by Rotary in 1985.

GPC has also recently announced plans for an extension to the award-winning East Shores Development. East Shores 1B is the proposed extension to East Shores 1A which aims to deliver further growth in the region, enhance prosperity and support the community by creating a parkland precinct that locals and visitors can all enjoy. The East Shores 1B project is nearing the completion of the design phase.

“To deliver East Shores 1B, GPC intends to split the project into two major contracts based on onshore works and offshore works. The Expressions of Interest process will begin shortly through QTenders,” Mr O’Sullivan explained. “Tender criteria for East Shores 1B will include consideration of experience and capability, methodology and program, price and commercial and a local benefits test. GPC is committed to exploring local supply chains and employment opportunities and anticipates the project will be completed and open to the public by the end of 2019.”