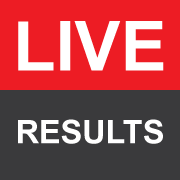 Posted at 05:27h in Election, Local, News by Karina 0 Comments

As we know the Councillor vote results have come in slowly, it was the first year that new counting technology has been introduced and the team have been under lots of pressure to count and announce results.

We received this note from PJ Sobhanian today who has been at the centre of the action and we thought it was great inside knowledge on what is happening behind the scenes in getting a result for us to see published numbers.

‘The level of integrity and professionalism I have seen from Mark, Virginia and the team at the counting booth this elections has been the best I have ever seen. This is the fourth elections that I have been a scrutineer at; I know well what a difficult, and at times stressful, job it is and full credit to the whole team. The tremendous work ethic shown is reflective of the beautiful personality of this team.’ PJ said.

He wen’t on to describe that even in the face of hickups and technology challenges the team have been extremely human in approach by answering questions and provding updates. Good on them! Great to hear such awesome feedback.  Thanks PJ.

More info has started to come through this morning for the Councillor positions.
A few changes from last night with 13{7a2eb471754f58cbf59baa93ee81dc7b74d186cb2e306188f39c85ba863dbab8} of votes now published. (we have kept the previous results below so you can see changes)

In order of top to bottom.