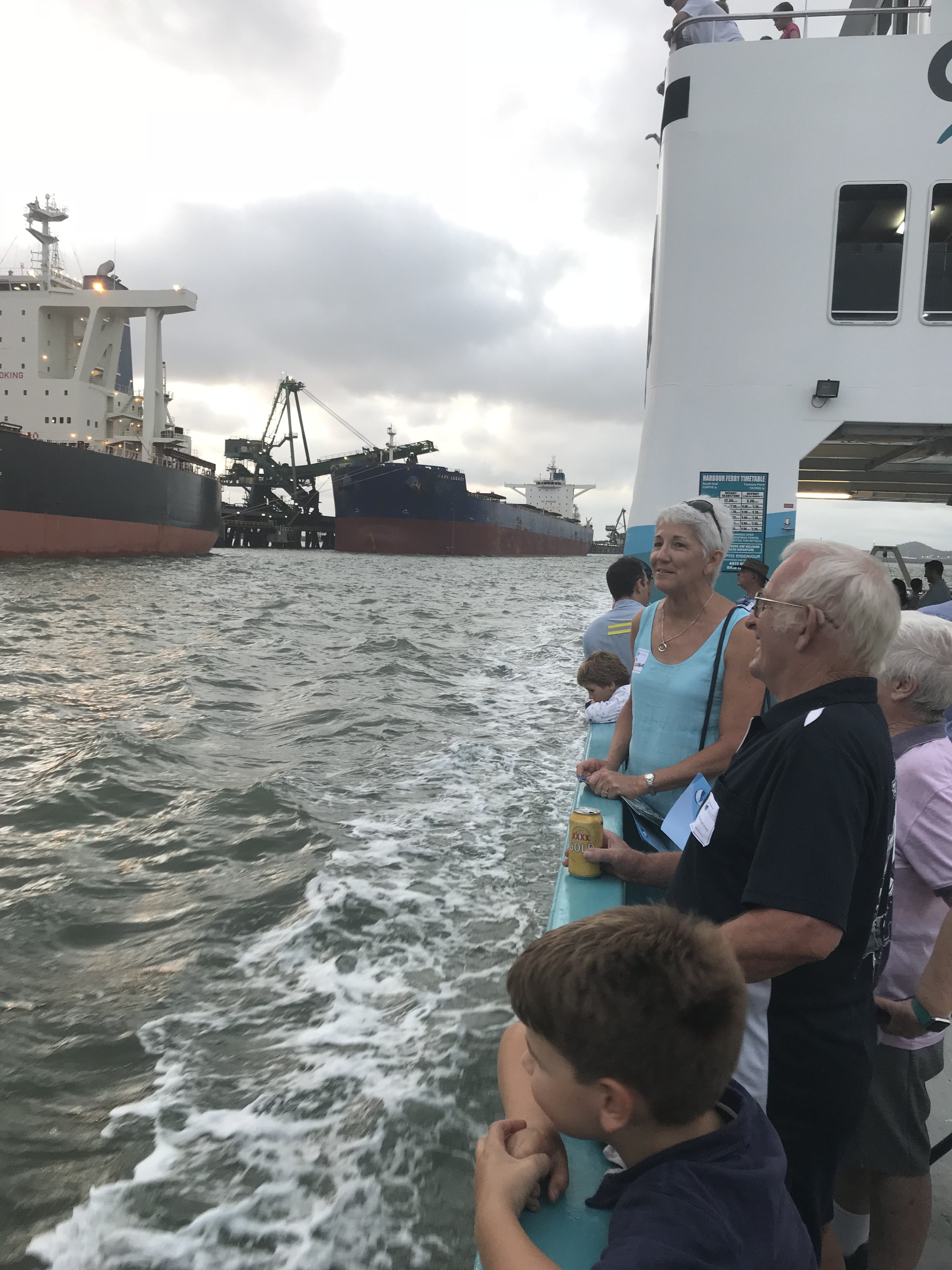 Like nervous parents, participants in the Gladstone Healthy Harbour Partnership set sail last week for a cruise and to hear the latest Report Card from their ‘baby’ –  Gladstone Harbour.

Mr Birch said they were also able to provide more detailed information about fish and corals to give a more comprehensive picture of harbour health.

“The report card is really a community effort – it’s one area where the government, community industry and science are all working together for the common health of the harbour,” he said.

Gladstone is a pace-setter in the production of a harbour health report card, the concept is now being rolled out across all ports in Queensland and Australia wide.

“We played a leading role in that,” Mr Birch said. “We were one of the very first harbours to start with the report card and we were also the first harbour to include cultural indicators in our data-gathering,” he said.

“That’s all come back from what the people told us they wanted us to measure the state of cultural sites and their maintenance,” he said.

Against the backdrop of the harbour on a free community cruise, Mr Birch said that the health and habitat of the ever-popular Gladstone mudcrab was improving:

“Mud crabs are very popular within Gladstone, and it was taking us a while to actually work out how to audit their numbers,” he said.  “While it’s currently at a C, there were some very promising figures, showing huge improvements on some indicators,” Mr Birch said.

Mr Birch said it would be very unrealistic in Queensland’s largest port to expect “straight A’s”:

“We’re very happy with how it’s progressing, and I think it gives a very good feeling to the community. All of these indicators are satisfactory, some are very good, and all of them are well above the minimum legislative requirements,” he said.

“It’s a terrific community model that we are getting feedback from the people that are on the harbour all the time. They are the perfect people to report on the health indicators of the harbour and gather data,” he said.

“And with our academic partners on board and the analysis done by our scientists, we can verify any trends that we are seeing.”