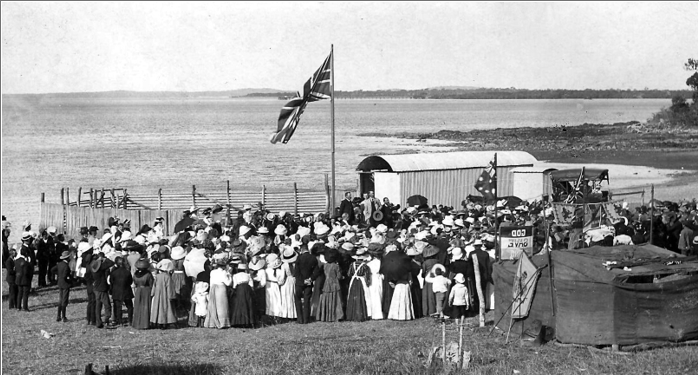 The Coronation of King Edward VII celebrated at Barney Point, Gladstone, in 1902

The Boer War, which was raging in South Africa at the dawn of the twentieth century, saw young men of Queensland go off to war, many of whom didn’t return. By the turn of the century, the citizens of Gladstone were finally having faith that there were better things to come in their district. With pastoralists taking up properties in the region the cattle industry was booming, and Gladstone commenced the twentieth century on a high note. The meatworks provided an industry in the township by 1896 and mining for gold and copper played a large part in bringing people to the area. Calliope, Maxwelton, Langmorn, Targinnie and several fields in the Boyne Valley had had their initial boom but the industry still had more to give.