Here In History By Betty Laver 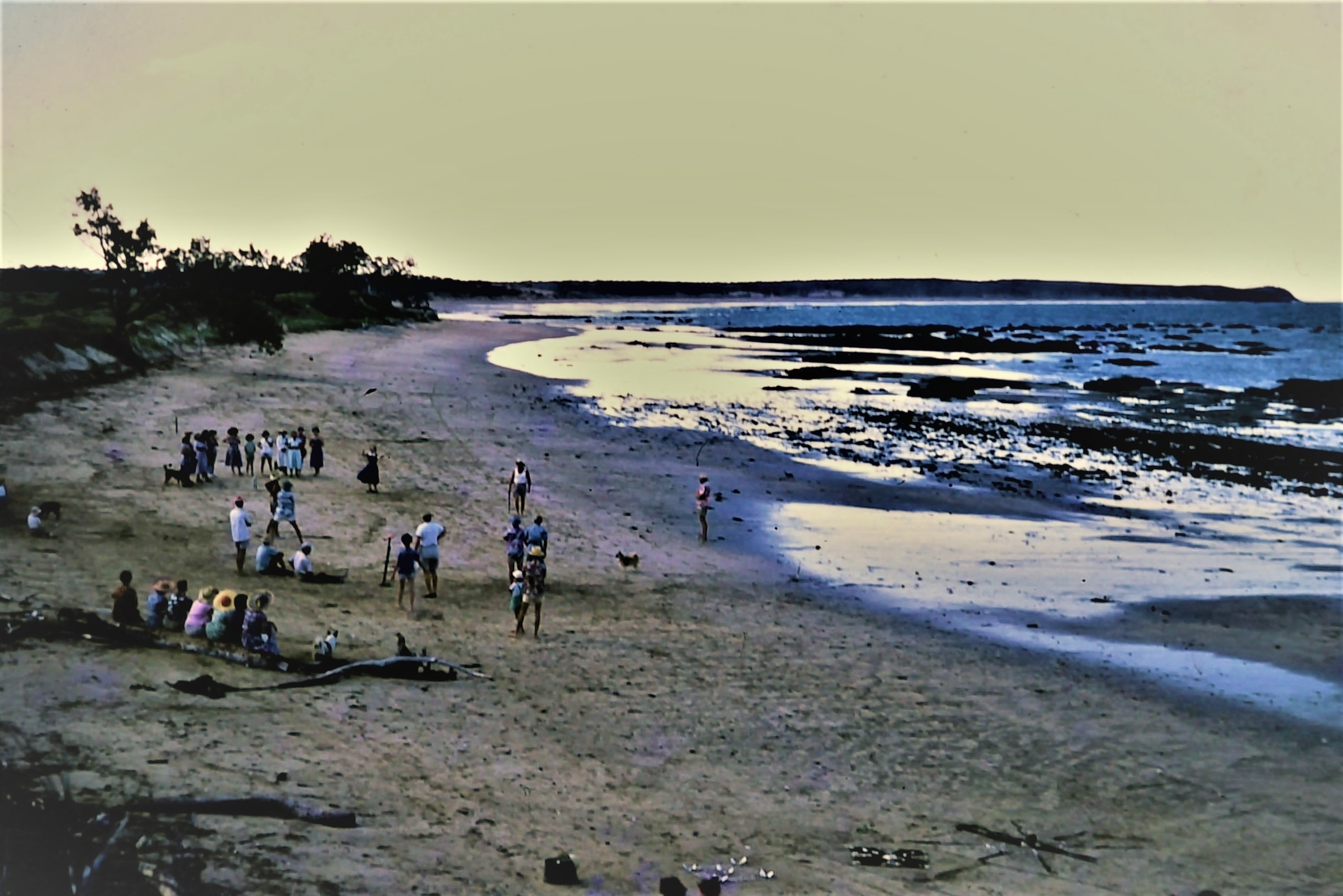 South End Beach was the home of the Lifesavers in Gladstone.

In the early days the Gladstone citizens enthusiastically embraced the

humble picnic as an important element of their lifestyle. This would bring

family and friends together in such a wonderful environment. Picnics and

but after 1910, South End became a popular weekend retreat. By the

of sandy beach. It was safe for children as nature had carved out

countless pools in the rocks where the little ones could bathe in safety.

service and the citizens had to catch the local launch. Some people came

in their own boats. The Lifesavers’ Club was formed in Gladstone in 1935

base themselves at South End beach. Joe and Muriel Irwin were

members of the club and Joe was an instructor. Dr John McGree was

also an instructor at South End and he had come from Sydney, having

been an instructor in Bondi at one time. The Gladstone Lifesavers would

Beach on the weekend. This became Gladstone’s main beach option until

WW2 when this type of recreation came to a halt. After the war Tannum

retreat and fishing resort for many Gladstone residents. Lots of people

boats that serviced the islands.

Photo from Trevor Laver: South End Beach in the 1950’s.