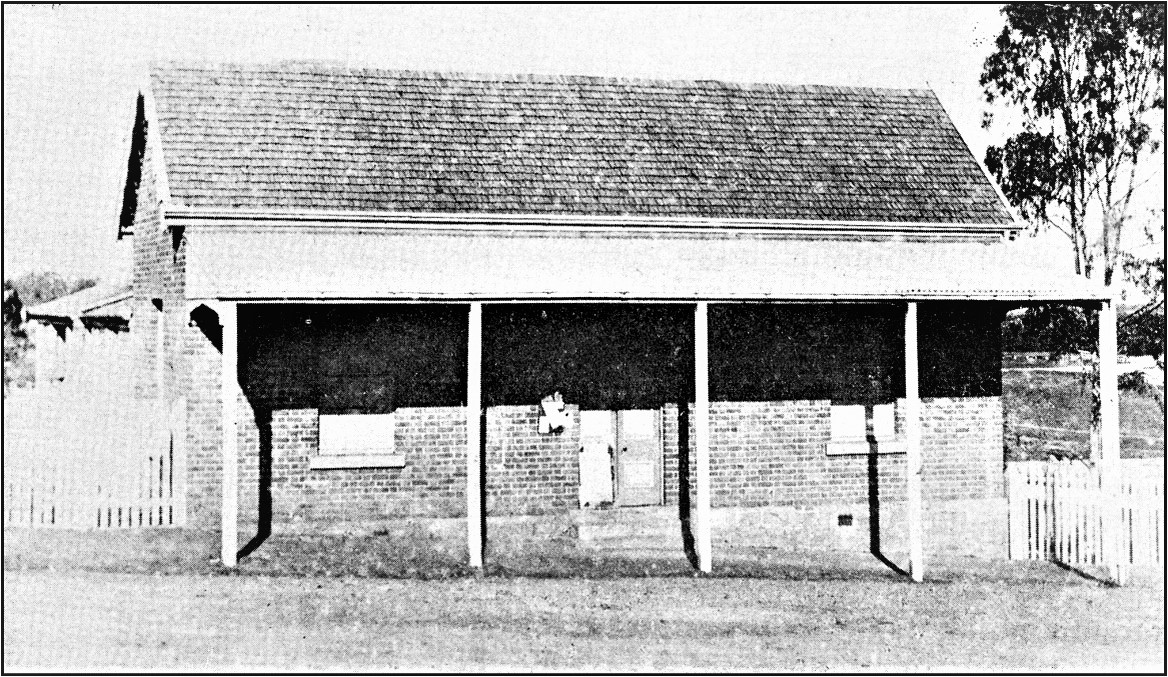 In the 1860s, land was set aside on the corner of Lord and Goondoon Streets, by the government, for a town hall, customs house, and a post office.

As the post office and customs house were already jointly built on the bottom section of this land, the top portion (where the RSL was built) was selected for a Town Hall.

It was decided to erect a brick building with three rooms, and a prize was offered to the person who submitted the most appropriate design.

Robertson’s plan was accepted, and tenders were called immediately.

Two tenders were received, one from Hay and Day and the other from W J Low.

Hay and Day’s tender was accepted, and the building was erected under the supervision of Mr Robert Ferguson.

The foundation stone for the new town hall was laid on 28th of November 1868 at a ceremony performed by Mrs John George Lory Innes, the wife of Judge Innes, who was subsequently transferred to NSW and knighted.

The town hall was in the heart of the community, and it fulfilled many functions including social, religious and cultural needs.

Months later, the western verandah was closed in, and a Municipal Library was established and was the responsibility of the library committee.

In 1869 verandahs were added on both sides of the building to use as retiring and refreshment rooms.

In February 1871, rent for the Town Hall was fixed at one guinea per night, which included the use of lamps.

In 1873 the School of Arts was opened in a room of the town hall building and Mr Perkins gave piano lessons in the hall three afternoons a week.

The Amateur Dramatic Club rehearsed two nights a week and many other individual functions used the hall for celebrations and get-togethers.

Dances were held regularly in 1869 but they were considered a suspicious activity.

The Gladstone Quadrille Society was advised that they would only be permitted in the town hall providing that there was no smoking in any part of the building and that they were to commence at 7pm and conclude at 10pm, except on special occasions.