Here in History by Betty Laver: The Meatworks Jetty 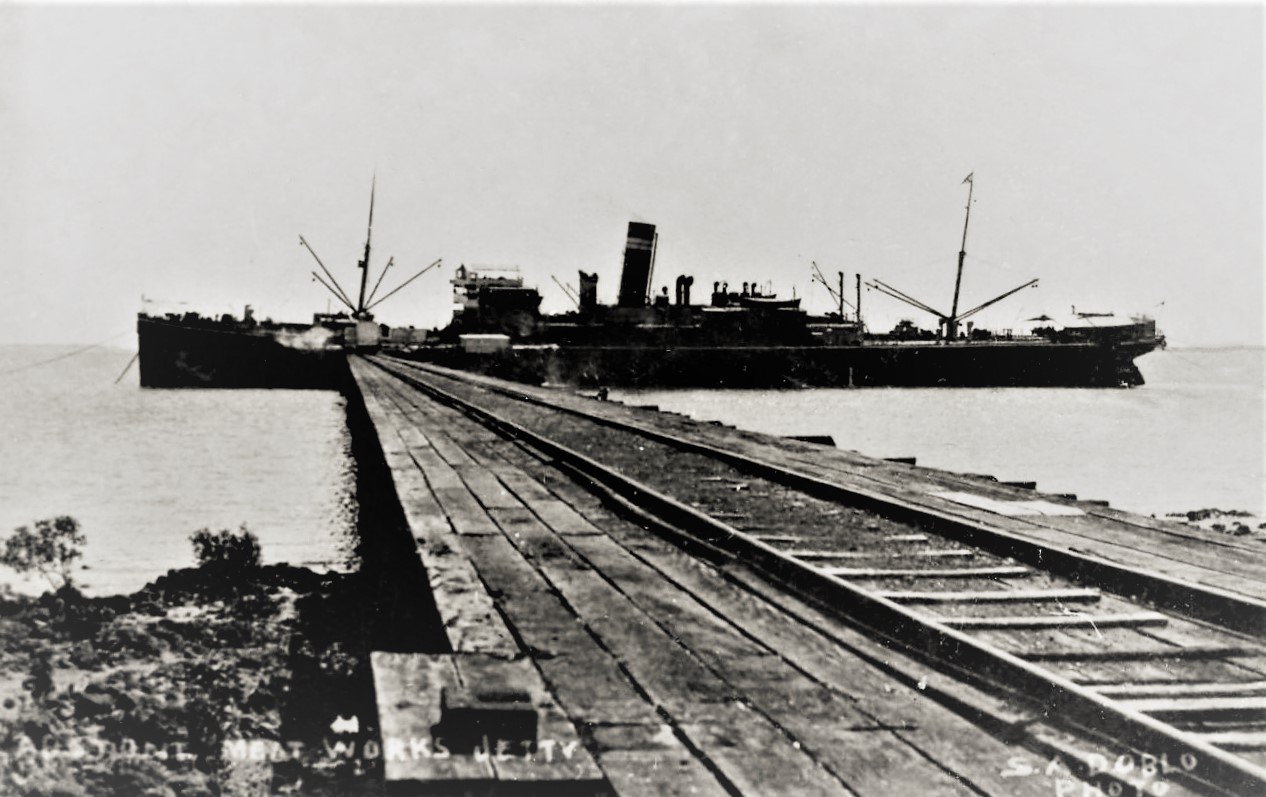 13 Jan Here in History by Betty Laver: The Meatworks Jetty

The Gladstone Meatworks Company built an eighty-metre-long jetty with wooden piles, and this was linked to the meatworks by a tramway.

The first change in operational method of the meatworks came about when full scale freezing operations began in March 1897.

In May 1897, the Southern Cross, under the command of Captain Childs, was the first overseas vessel to load meat at Parson’s Point.

An exporting firm, Bergyl and Co, commenced treating stock on the owner’s behalf at the Gladstone Meatworks.

The killing of export cattle was at the owner’s cost.

This jetty, with the handling of meat products, encouraged the fish population to congregate there, and it became a popular harbour fishing spot.

A boy fishing from the jetty in 1901 provided a reversal of a big fish yarn.

Having secured his line to his big toe, he was pulled into the water by a big fish.

In this instance the boy was the one that got away as he was rescued by a passer-by.

Vessels Everton, Rippingham (9,400 tonne) and Denton (9110 tonne) of the Grange Line, and Siam, Venice, Bothnia and Genoa of the Gulf Line, called for meat in the closing years of the nineteenth century.

The Julia Percy took meat to Sydney and Melbourne.

Cattle killed per annum were from twenty-five to thirty thousand.

In 1911 the jetty was first lit with electric lights and the 7532-ton Oswestry Grange berthed there.

By 1925, the Parson’s Point Jetty had become structurally weak with age, and the pilot had to be extremely careful to avoid both it and the nearby sandbanks since there were no tugs available.

Berthing and loading were permitted in daylight hours only and time was limited to the first two-and-half hours of the ebb tide.

The jetty then closed, and meat export was then put through the Auckland Point Wharf.