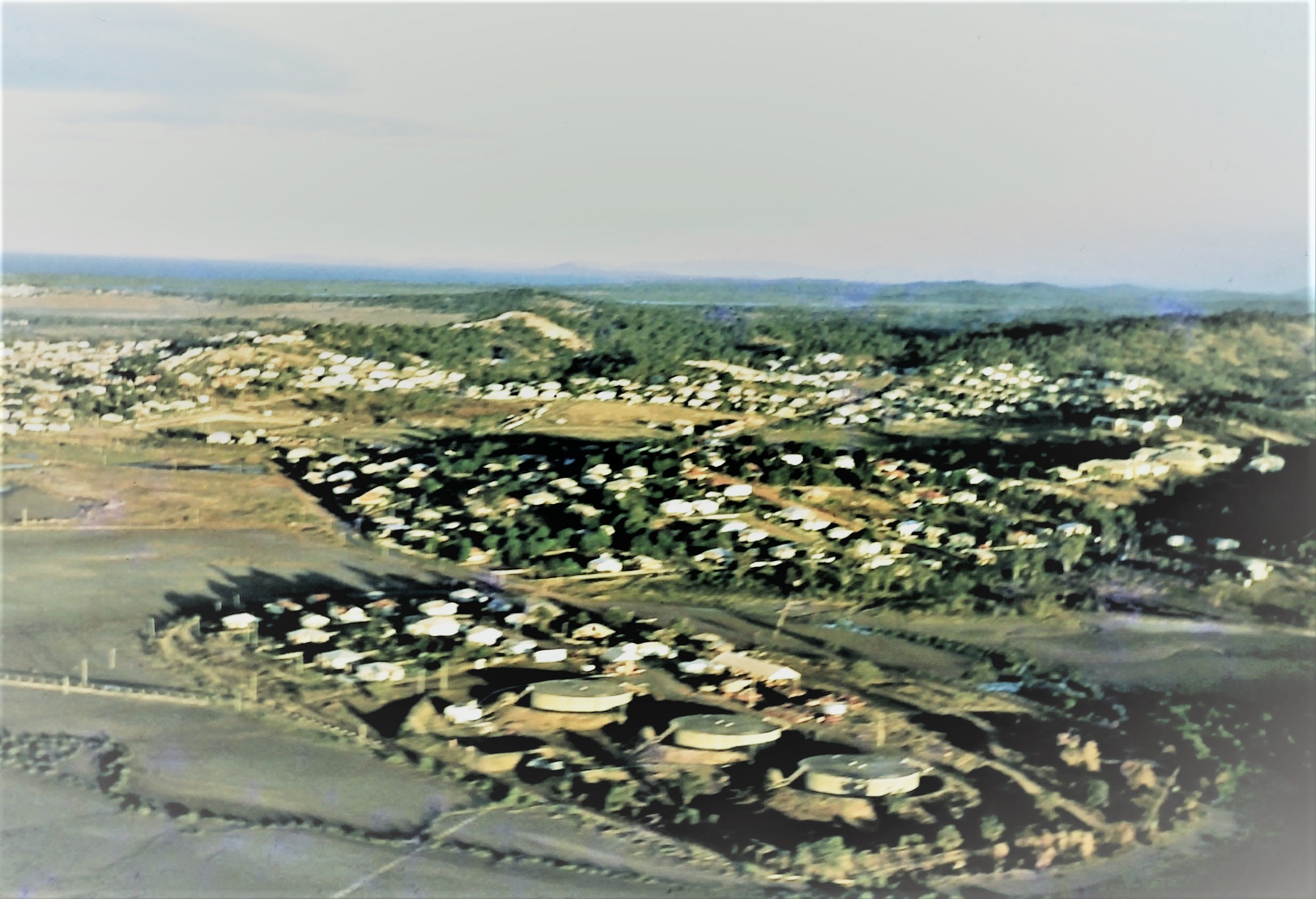 06 May Here in History by Betty Laver

Posted at 12:57h in Community, Local by Dacia Stewart 0 Comments

In 1941-42, when the War of the Pacific was becoming prominent, the Commonwealth Government constructed three large storage tanks on Coney Island, West Gladstone.

The tanks had an outer shell of concrete and they provided storage for millions of gallons of fuel.

These tanks served their purpose during wartime and later the land and the tanks were acquired by private enterprise and they were used to store sunflower seed before export.

Coney Island was an island at high tide but eventually a land bridge was built to the township and later the mudflat in the area was reclaimed, making it an island no longer.

The tanks were demolished early in the twenty-first century and the land was developed for light industry.

Photo: Coney Island from the air.