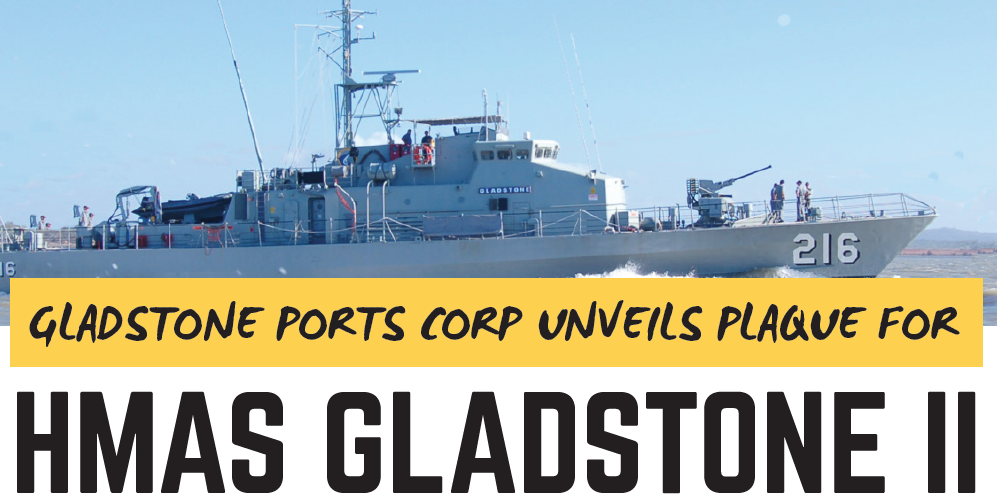 East Shores Precinct has been home to Gladstone’s own Namesake ship since its relocation on 27th November 2014. It has become a much-loved attraction and will be the centrepiece for Stage 2 of the precinct, which will include the Maritime Museum.

and organisations that contributed to the relocation and restoration of the vessel.

Lindsay Wassell, Maritime History Society President, said he was the “proudest man in Gladstone.” They’re hoping to bring the ship alive and have everything but the sails, making it a first of any Australian Museum ship. Tours of the HMAS Gladstone II can be organised through the Gladstone Maritime Museum.

HMAS Gladstone II was commissioned in the September of 1984 in Cairns and was commanded by Naval Captain Gary Sproule, who was in attendance for the unveiling. HMAS Gladstone, affectionately known as ‘Sadstone’ served for 23 years and covered 618,000 nautical miles before it was decommissioned.