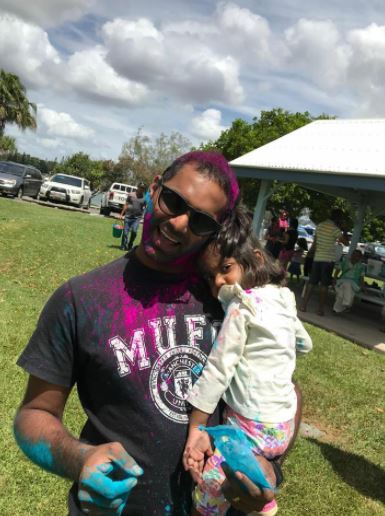 Holi ( होली ) is a Hindu spring festival celebrated in the Indian subcontinent, also known as the “festival of colours”. It signifies the victory of good over evil, the arrival of spring, end of winter, and for many a festive day to meet others, play and laugh, forget and forgive, and repair broken relationships. It is also celebrated as a thanksgiving for a good harvest.

Holi frolic and celebrations begin in the morning with partying and pure enjoyment.

Everyone in open areas such as streets and parks is fair game, but inside homes or at doorways, only dry powder is used to smear each other’s faces.

People throw colours and get their targets completely covered in colour, like a water fight, but with coloured water. People take delight in spraying coloured water on each other.

By late morning, everyone looks like a canvas of colours. This is why Holi is given the name “Festival of Colours”.  The popular “Colour Run’’ fundraiser was inspired by this Indian festival.

Stepping Stones Kindergarten program joined in on the colourful fun of Holi last week, with the educators and the children learning about primary colours, about why Holi is celebrated, and in having a fabulously colourful and full of laughter morning.

The Gladstone Indian Cultural committee celebrated Holi on the 10th of March at Spinnaker Park. Check out our photo gallery, with thanks to Richa Joshi 🙂 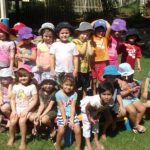 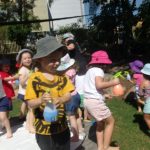 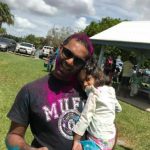 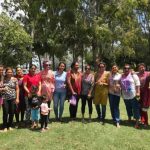 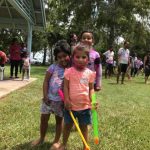