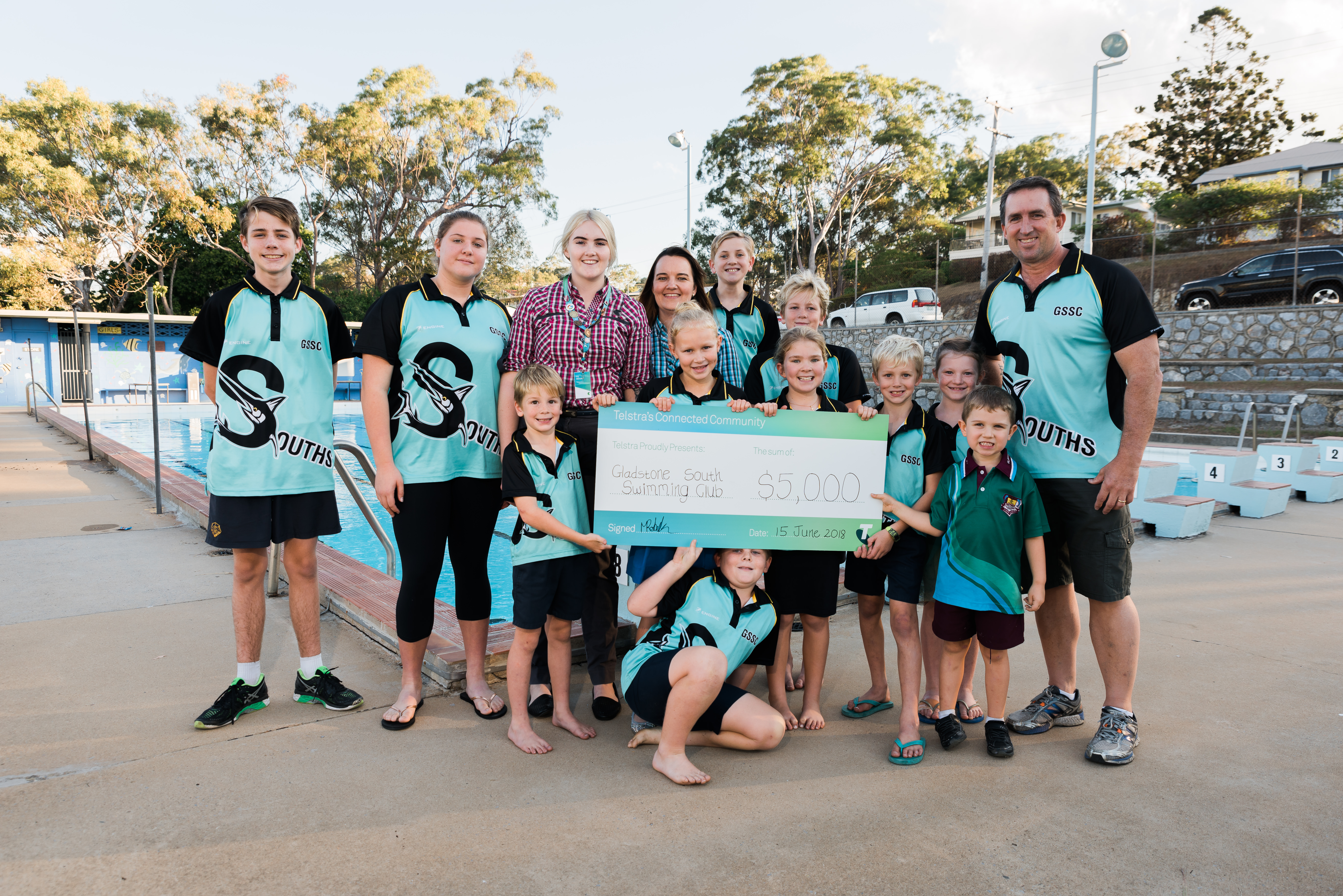 Club breakfast after training anyone? The Gladstone South Swimming Club are looking forward to upgrading their ‘dilapidated’ BBQ area thanks to a grant from Telstra Kin Kora.

In May, local residents were given the chance to vote for how they’d like three nominated clubs; Central Football Club Gladstone; Gladstone South Swimming Club; and Softball Gladstone, to share the money

Last week it was announced that South Swimming Club had won with 835 votes and received the top prize of $5000; second went to Central Football Club with 458 votes and Softball Gladstone third with 152. The runners-up received $500 each.

“We wanted to support our local sports clubs and thought it would be great to get the community involved,” said Mikaela Hoskings, Area Manager at the Telstra Store Kin Kora. “We look forward to helping give these clubs a bit of a boost.”

South Swimming Club president Ryan Chinner said the money would go a long way to providing a shelter and an upgrade to the BBQ area, enabling volunteers to provide the dinners and sustenance their hungry young swimmers need.