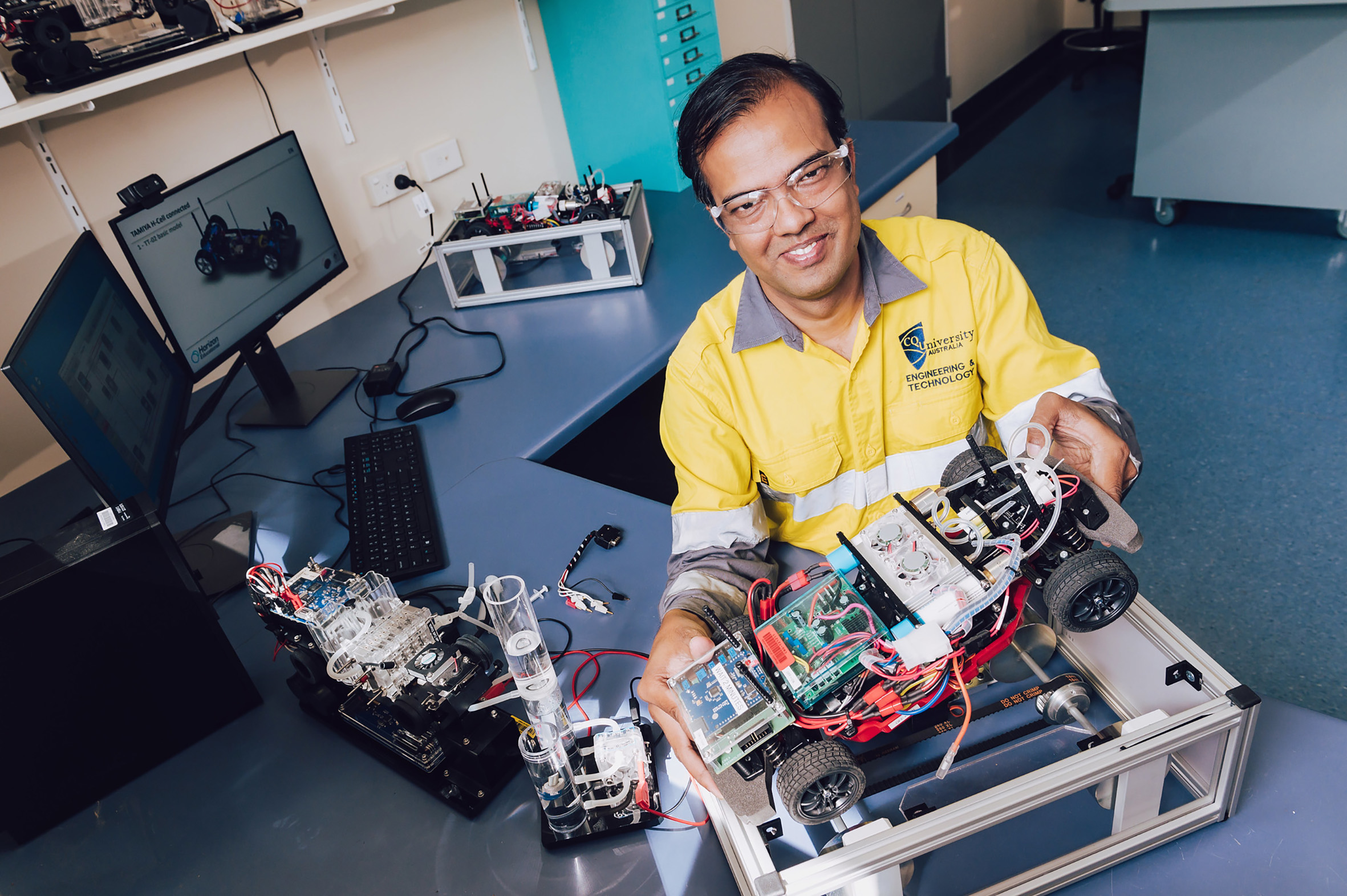 Hydrogen is the energy source to combat the impacts of climate change, according to CQUniversity researcher Dr Ashfaque Chowdhury.

As part of August’s National Science Week, Dr Chowdhury outlined how hydrogen, particularly ‘green hydrogen’ is one of the cleanest alternatives of energy.

As Academic Lead in Engineering Foundation and Lecturer in Mechanical Engineering in CQUniversity’s School of Engineering and Technology since 2010, Dr Chowdhury has been working on numerous projects into hydrogen.

“Hydrogen is the most fundamental and abundant gaseous element on the planet. Furthermore, it is the lightest of all the gases in existence,” Dr Chowdhury said.

Hydrogen can be produced in all different ways; brown hydrogen is created by burning fossil fuels, and the by-products (emissions) are discharged into the atmosphere.

Blue hydrogen is similarly generated using fossil fuels, but the emissions produced are offset by carbon capture and storage techniques.

Steam reforming/gasification and electrolysis are the two most prevalent ways of generating hydrogen.

Dr Chowdhury said the impacts of climate change meant there was a renewed interest in hydrogen.

“Various uses, including power generation, transportation, and industrial operations, can benefit from hydrogen as a clean energy carrier,” he said.

“When produced from sustainable sources hydrogen has the potential to replace conventional fossil fuels, which emit greenhouse gases that contribute to climate change.

“Among all the alternatives, green hydrogen is a promising choice for decarbonising industrial processes, supplying electricity to our society without having a significant effect on the environment, and maintaining transportation means that emits zero glasshouse gas emissions.

“Hydrogen as an energy storage medium can help store the surplus renewable energy produced; one kg of hydrogen can store three times more energy than one kg of gasoline.”