In Memory of Reg Tanna 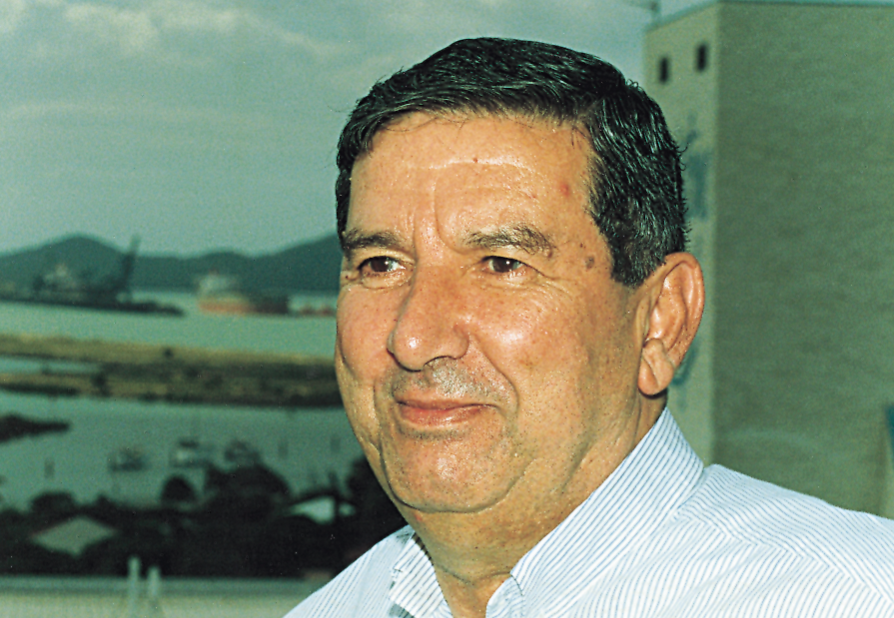 18 Jun In Memory of Reg Tanna

Gladstone Ports Corporation (GPC) is celebrating the life of Mr Reg Tanna today, a man that not only did extraordinary things for the port, but the wider Gladstone community.

With his motto, ‘there is no I in team’, Reg is remembered as a humble man that was the driving force behind the powerhouse that has today become the Port of Gladstone.

Acting CEO Craig Walker said that Reg was a much loved and respected member of the GPC family, being the namesake of the RG Tanna Coal Terminal.

“In 1994 the terminal was named after Reg for his outstanding visionary leadership and commitment to the port’s growth,” Mr Walker said.

“Reg was integral in the establishment and expansion of the facility and in the planning and execution of the harbour deepening project, which dramatically increased our exporting capacity, opening up Gladstone to the world.

“He was the General Manager of the Gladstone Harbour Board and Port Authority as we were known then, for over 34 years.

“Under Reg’s leadership, GPC completed the earthworks for nearly every school oval and sporting field in the Gladstone region, with the employees of the day even maintaining those fields.

“It is an honour to be part of GPC today as we celebrate Reg’s life work.

“I know every member of the GPC family, whether they personally knew Reg or only of his legacy, will feel a sense of pride as we continue to carry out his dream for the port – remembering today more than ever it is a privilege to work at and be part of our GPC family.”

GPC observed a moments silence at 11 am on Friday, June 12, with the three-ship loaders at the RG Tanna Coal Terminal Wharf rising in a guard of honour, celebrating Reg’s legacy.

Reg is survived by his wife Norma and children Catherine, Michael and Anthony.