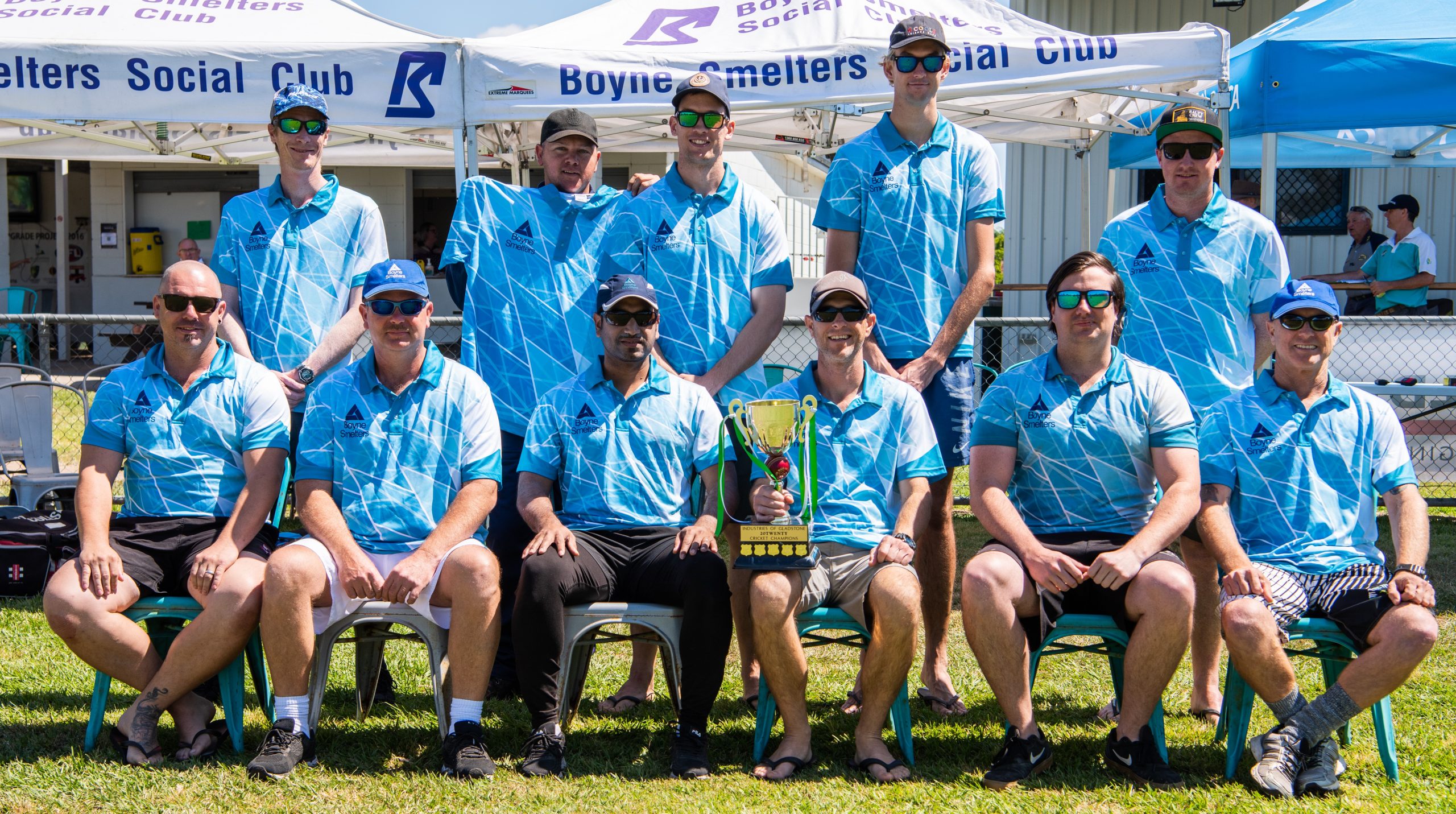 This year’s Aestec Services Industries of Gladstone 20/20 Cricket Challenge has been run and won, but the game of cricket, and our community, were the big winners.

In a thrilling final day of cricket Team BSL was chasing down the almost unsurmountable 297 set on Day 2 by Shell’s QGC business.

With thanks to 128 by Brendan Huth, the overall winner was decided on the last ball of the BSL innings.

With a six needed to take the lead, Chris “The Closer” Corby cleared the boundary for a maximum that set the crowd into a frenzy and cemented his status as a new cult hero at BSL.

Shell’s QGC business (297) and Queensland Alumina Limited (254) were also hitting plenty of sixers during the weekend, showing why it’s the enjoyment of the players and company teams that keeps this event going each year.

2021 marks the 13th Cricket Challenge, which was held side-by-side with the popular Under the Trees Music and Arts Festival, creating a fantastic carnival atmosphere along Jacaranda Drive, and drawing over 2000 people to the area on September 18.

Industries Cricket started in 2009 with six competing companies over one day each playing one game of 20/20 cricket.

It is now spread over three days for ten industrial teams, with over 120 participants, battling it out for company pride, and the chance to win the prestigious Industries Cup, and this is all due to the fantastic support each company gives their employee’s each year.

The event has always been very popular with the employees playing and it’s great to see them representing their companies and looking the real deal.

The cricket standard has also been on the up over the last five or six years, and a few teams really put the effort in to take the Industries Cup back to their site.

The BITS Cricket Club hosts the event and uses it as a club fundraiser, which has helped them improve their Jacaranda Drive facility with updated lights and a clubhouse.

With over 150 junior and senior members, BITS is one of the largest cricket clubs in Central Queensland.

Each year they also nominate an event benefactor and over 13 years the club has raised over $80,000 for various charities.

For the last five years Donatelife Queensland has been the benefactor, and the event has been used to raise awareness around the benefits of organ donation.

There are around 1,650 Australians on the waitlist for organ donation, and around 12,000 additional people on dialysis at any one time.