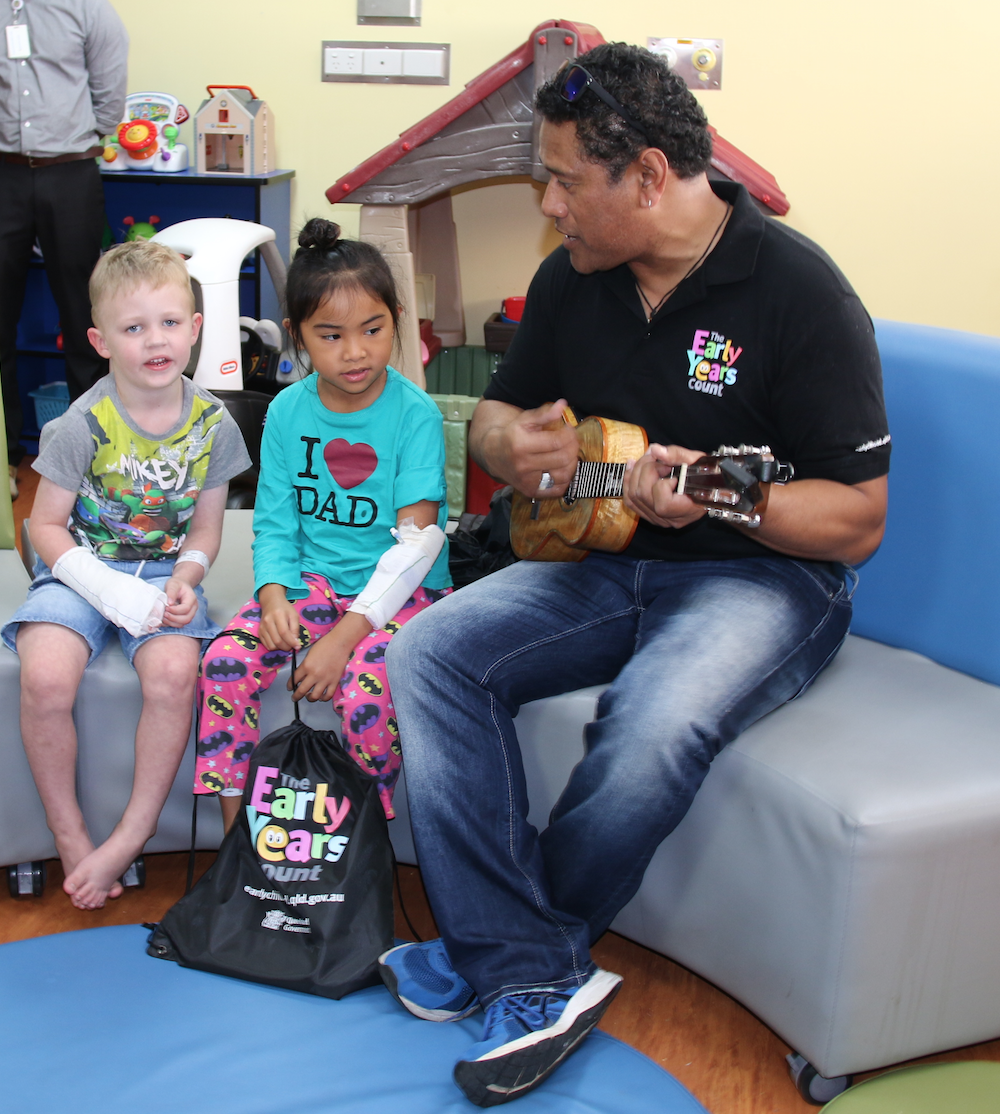 30 May Playschool’s Jay Laga’aia’s surprise visit to the Gladstone Hospital!

Early Years Ambassador, Jay Laga’aia, arrived into Gladstone on Friday ready to take the stage as part of the inaugural Gladstone Children’s Festival.

Before he took to the stage Jay made magic happen when he visited the Paediatrics ward in Gladstone Hospital for a surprise pop-up performance for any children and their immediate families, to reach out to local children who can’t attend one of his shows or workshops at the Gladstone Entertainment Convention Centre.

Jay performed with his ukulele and talked with families about supporting their child’s early learning and development as they learn and grow through play.

Mayor Matt Burnett attended the visit to present some books that Jay signed for the kids and thanked Jay on behalf of our community for making the time to visit the children at Gladstone Hospital.

Jay gave the children books he had signed and said “It was a great visit to the hospital. It’s really important to sing, dance and play with kids. As adults, it’s our job to teach kids to be playful with active imaginations that will help them in the world.”

Jay also gave 5 signed ukuleles to the hospital. “I hope the Ukuleles will be auctioned off and make some great money for the hospital,” Jay said.

The pop-up show took children and their families on a journey of discovery about the wonders and benefits of the early years through singing, dancing, and play.