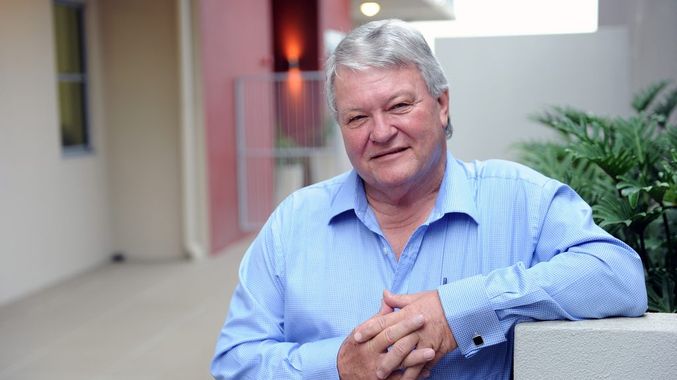 10 years ago, I never predicted I would enter politics. I was born in Gladstone Hospital in 1950 and grew up on my parents’ Mount Larcom farm. At a young age, I started growing small crops of beans, peas, peanuts and grain along with my brother and sisters to help support my parent’s dairy income on 3 x 80-acre blocks.

My parents worked hard to provide for their children, and as kids my brother, Bob, and sisters, Lorraine, Bernice and Maureen, and I worked on the farm before and after school. I went to Bracewell State School (now closed in 2000) until year 10, before attending Rockhampton Grammar School, where I became school captain.

My first job after leaving school was at QAL Gladstone as a payroll clerk. In 1970 I decided to go to Papua New Guinea and work on the construction of the Bougainville Copper Mine. I didn’t return to Australia until 1978 where I began working in the fuel industry. I eventually went into business and started to distribute fuel to areas all around Central Queensland.

I then bought and renovated an old pub and on-sold the pub in 2004. From 1998 until entering politics I operated Busteed Building Supplies in Gladstone.

In 2010 I was elected to be the Federal Member for Flynn and to represent you in Canberra.

There is so many highlights of the past 10 years in politics, I can’t mention them all. However, there is a few that stand out.

Philip St once had a big roundabout at the intersection with the Dawson Highway. There is a

great set of lights there now, which was one project I got up very quickly. We have gone on to do the Philip Street bypass road, which will finish that job off. I knew there was certain things I did want to achieve; better roads were one of them.

I have received funding for the driver education centre out at Benaraby, dressing rooms and lighting for football grounds along with men’s sheds across Flynn.

I’ve got a lot of money for the facilities at the Gladstone PCYC and there’s still funding for the planning of the next stage.

I have been on delegations to places such as Kazakhstan, Spain, Kuwait and Qatar, Vietnam, Indonesia, East Timor and others. I have also been on committee’s including Foreign Affairs, Defence and Trade (joint standing), Trade and Investment Growth (Joint Select) and Publications Appropriations and Administration (House of Representatives Standing)

There is more work to be done and there are many more projects that I would like to see get underway by the time the next election comes around. I would like to see a container terminal at the Port of Gladstone, and the Gladstone Port Access Road interconnect with Bruce, Dawson and Capricorn Highways.