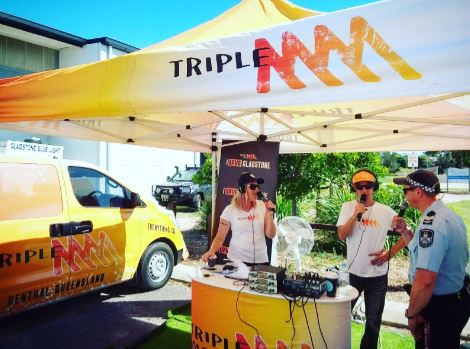 On Sunday, 11th February, the Gladstone PCYC held Gladstone’s first Emergency Services Day. The event was an enormous success with an estimated two to four thousand members of the public attending throughout the day.

This event had extra features to traditional emergency services day with representatives from various sporting groups & community organisations also in attendance. It was an extremely successful event organised by the PCYC Gladstone with assistance from many different agencies including my own Gladstone office staff volunteering time to assist in the planning and running of the day.

Two highlights of the day included;

A unique aspect of the day was the inclusion of Sporting Clubs using the opportunity to attract new members from the crowd gathered. It was an extremely successful combination of community groups, gathered together at the same event which I believe was the first time this combination of community orientated groups had been brought together at the same event. These groups were able to engage with the public and promote the benefits of becoming involved with their various volunteer organisations

A sincere vote of thanks to the many groups that made their time available to attend and thank you to the thousands of members of the public who came along to say ‘Gday’ to the Emergency Services personnel who play such a vital and often thankless role in taking care of our community.