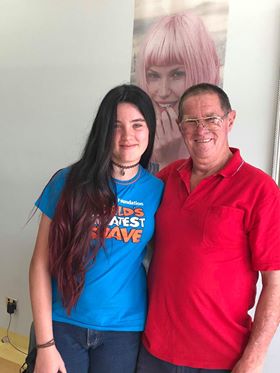 Gladstone secondary school student Kirsty Hodson wants everybody to know she’s a cancer-fighter, dyeing her gorgeous waist-length hair a striking black-and-red as the end-point of a twelve-month personal fundraising campaign.

Seeing both her grandparents undergoing chemotherapy over the last decade – her grandmother for non-Hodgkin’s lymphoma and her Pop with a melanoma –lit a fire in Kirsty to raise money for cancer patients.

Colouring for a Cure at family-owned business Studio B in Ballantine Street this week, Kirsty had her team of helpers and donors behind her, just as she’s had for her year-long fundraising campaign.

She held multi-draw raffles and sold plants, friendship bands, chocolates and cakes at monthly events raising a total of $750 for the Leukaemia Foundation.

Kirsty’s Nan and Pop are both in remission and doing well; she says she hopes her efforts will help researchers working on a cure. 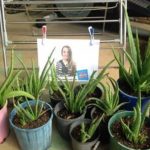 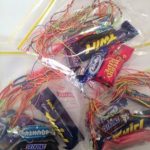 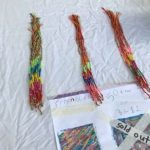 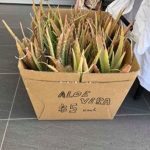 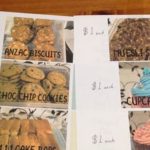 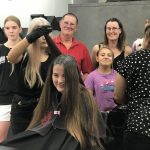 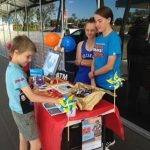 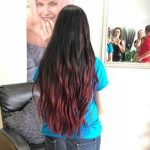 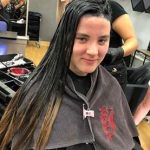 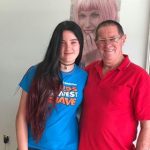 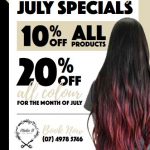