Living the Dream – Round and Round Australia 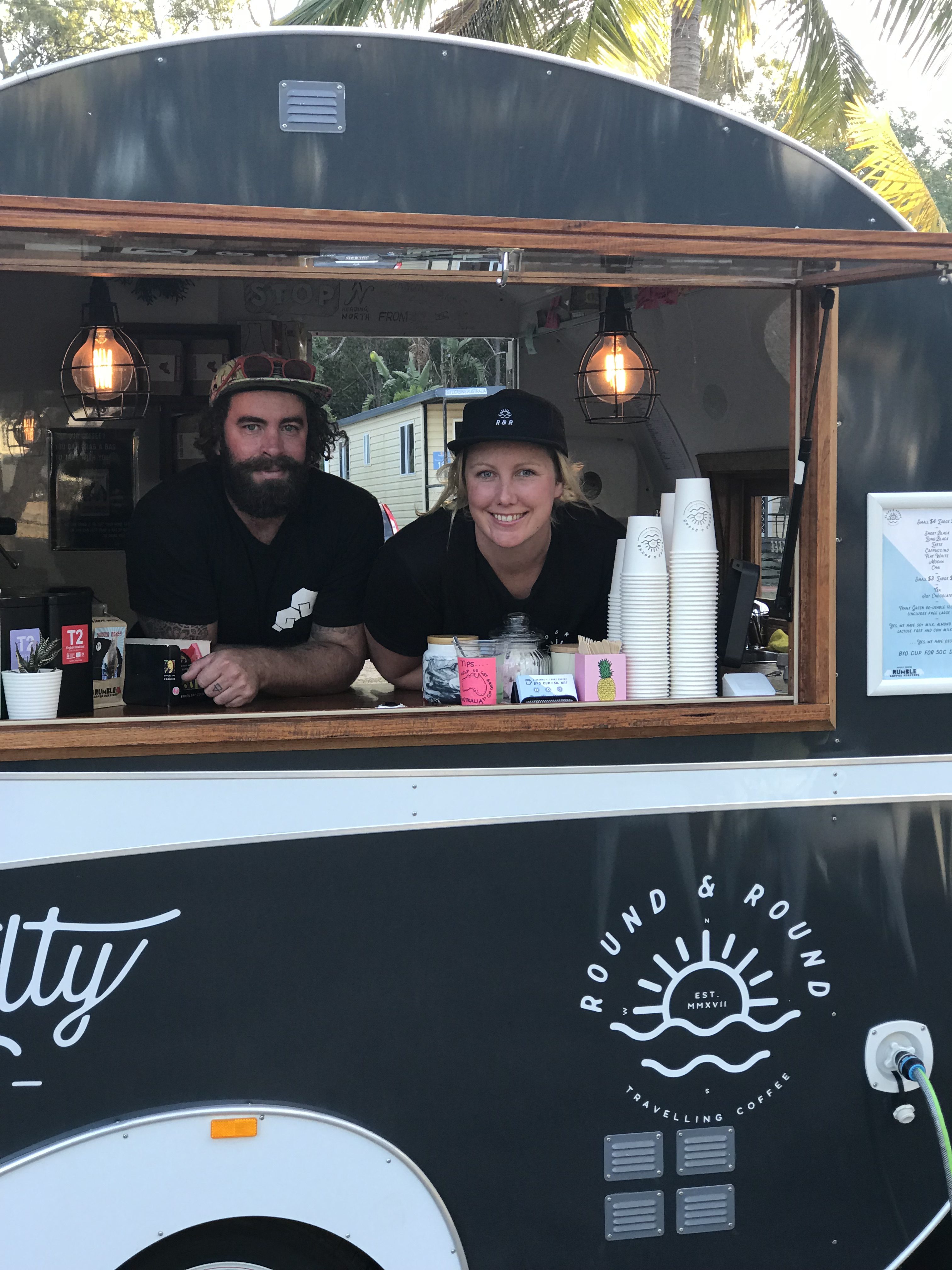 13 Jun Living the Dream – Round and Round Australia

Meet Andy Hoffman and Jessie Davidson from Round & Round who have the BEST JOB IN AUSTRALIA!

Departing Melbourne about six months ago with their very cute vintage coffee caravan, they have been on tour since late last year, so they couldn’t miss Queensland’s cleanest beach, pulling up at Tannum Sands last week.

They’re planning to complete their tour north, spending the dry season in Darwin and returning in the early summer via the spots they’d missed along Queensland’s coast.

Next year takes Round and Round across the Nullarbor and up the West coast: “We’re doing two big half-pipes up either side of Australia,” Jessie said. “We’re already fully booked up until Darwin and we have twenty stops booked for the west coast. It’s not bad for a business which only started six months ago.”

It’s a dream come true for graphic designer Andy and hospitality worker Jessie who are on a permanent working-holiday, building a business for people who love camping, but dislike bad coffee:

“Every weekend we’d go camping and every Sunday night we’d say “Oh no! We don’t want to go home!”

“When you’re on the road, you drink a lot of instant coffee, bad servo coffee. We’d both tipped out a lot of bad cups of coffee along the way – so we thought, why don’t we bring some better coffee to campers like us?”

Round and Round coffee build relationships with the caravan parks they visit, and won’t plan a stop in an area where a local coffee merchant is close by; And If you’re worried about the freshness, they only hold a maximum of 30 kg in the doll-house sized van, ordering from the road with Melbourne roasters Rumble Coffee.

All the rest of their supplies are sourced locally: “We buy all our milk from local suppliers – and because we’re only open in the mornings, we spend money in the afternoons going out to dinner and exploring the area.”

“It’s pretty close to being the ideal job, really, everyone we meet is on holiday, I’m my own boss and coffee makes everyone happy,” Jessie said.

They prefer to stop in pet-friendly parks like Discovery at Tannum Sands because, like many coffee lovers, they also love their puppies: “Being on the road all the time, we can’t have a dog, so we love meeting people’s pets.

The furry coffee lovers even have their own Instagram hashtag: #dogsofroundandround

Check out their adventures on Facebook: Round and Round Coffee

Round and Round Specialty Coffee
Share
Print page
0 Likes