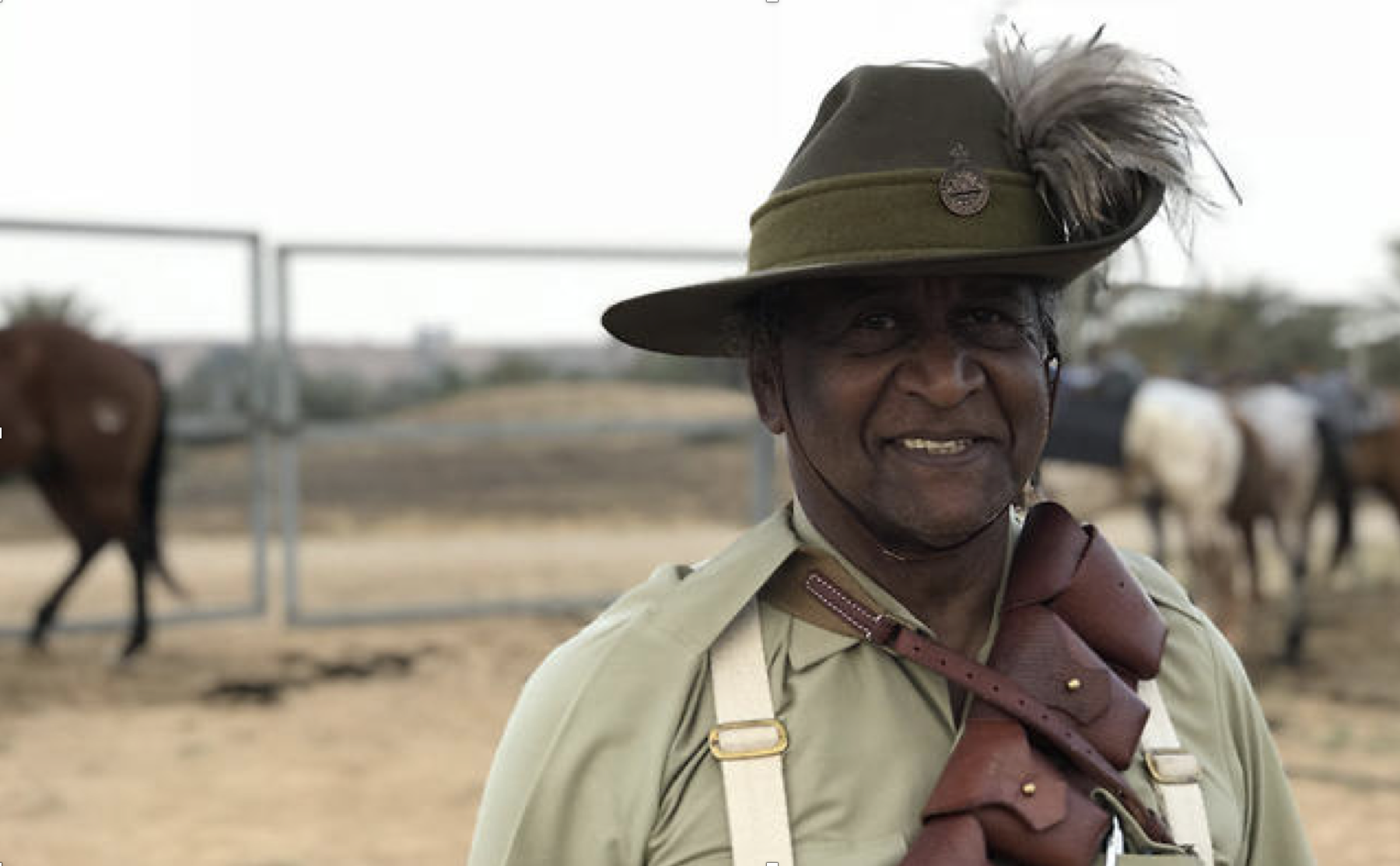 Pastor Ray Minniecon who is currently in Beersheba in Israel for the 100-year commemoration of the WW1 battle in which his grandfather, James Lingwoodock, fought. *Photo courtesy of SBS News.

One hundred years ago, Lowmead man James Lingwoodock, fought in the Battle of Beersheba, long before he was even eligible to become a citizen of the country for whom he fought.

The indigenous Queenslander –a Kabi Kabi man – signed up in Bundaberg or Miriam Vale – and in December 1917 was embarking for Egypt, to begin training for the 11th Australian Light Horse Regiment.

His grandson, Pastor Raymond Minniecon, co-founder of the Coloured Digger Project in Redfern will today ride into the same town – Beersheba –  where 31 of those diggers are buried, to recreate the world’s last great cavalry charge and the ANZAC’s first taste of victory.  The Prime Minister, Malcolm Turnbull and Israeli PM Benjamin Netanyahu will also attend the commemoration tonight.

Today, for loved ones of those who saddled up in these very same fields, it is proving far more complex and emotional: Remembrance.