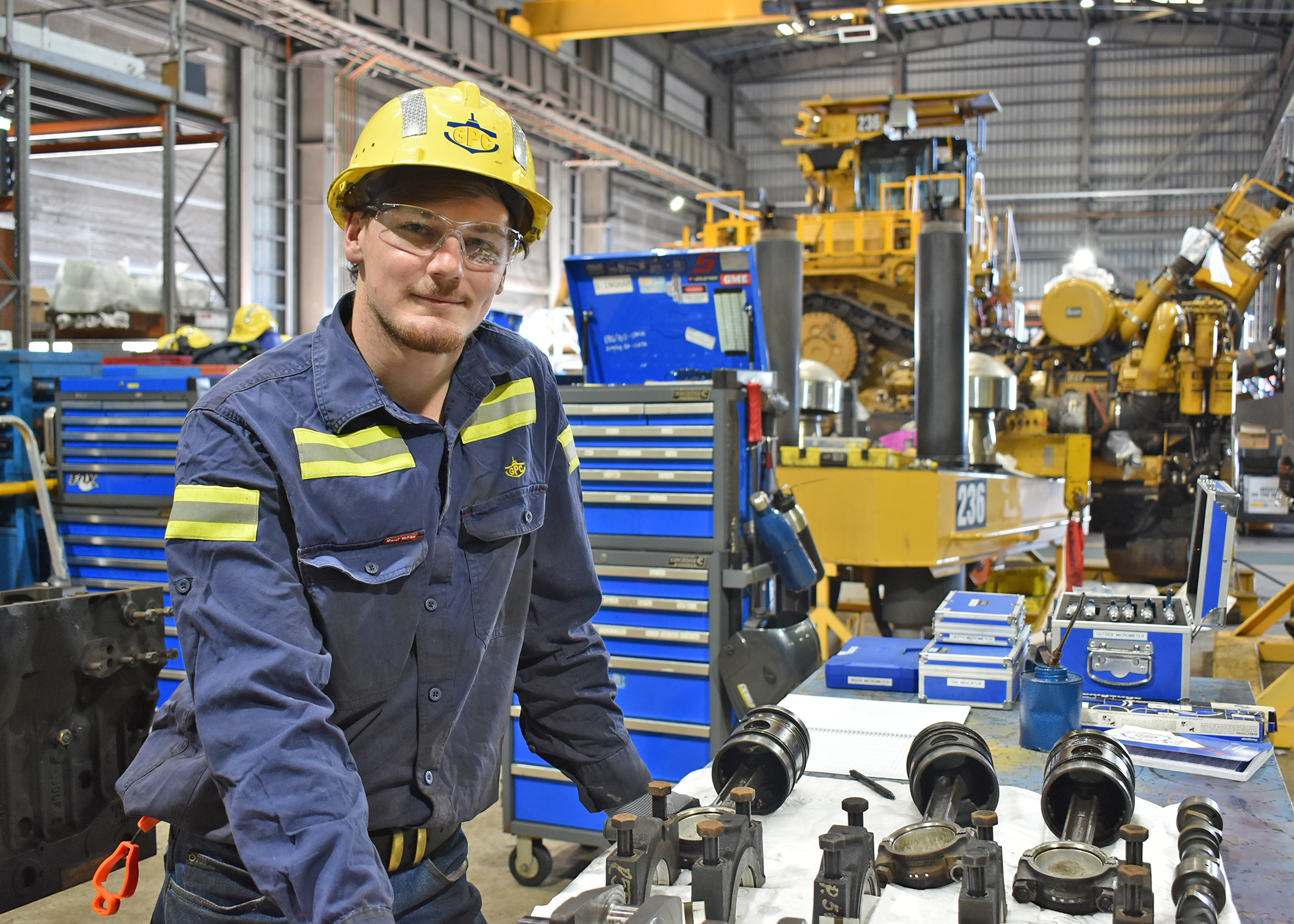 Gladstone Ports Corporation (GPC) diesel fitter Shawn Ingham’s skills will be put to the test when he takes part in Australia’s largest trades and skills competition on August 27 and 28.

The 21-year-old, along with former GPC apprentices James Holmes and Jayden Kiss, will be competing in WorldSkills Australia’s national competition in Brisbane.

A win could see them earn a place in Australia’s team at the international championships in Beijing.

The competition was postponed last year due to COVID restrictions but Shawn, who started at GPC as an apprentice four years ago, has been training ever-since his regional win in 2019.

“I’ve had a lot of on-the-job training as well as a few days in Rockhampton training at the TAFE with one-on-one training and studying at home,” Shawn said.

“The crew at GPC have been very supportive in my training, allowing me time to train and sharing their advice and tips,” he said.

“If I win, it will be a really big achievement for me but I know it’ll make my crew proud because they’ve poured hours into my training and it showcases GPC’s quality of tradespeople.”

“Each year GPC employs a number of new apprentices who demonstrate the ability to work safely in heavy industrial environment, have the motivation to learn and develop new skills, and work constructively within a team.”

GPC’s apprentice program offers a variety of disciplines, including electrical, diesel fitting, plumbing, mechanical and horticulture to a diverse range of students.

In 2019, GPC’s Anthony Cobb represented Australia on the world stage for the 45th WorldSkills event in Russia, competing against 1,600 participants.

“Anthony started with GPC as an apprentice and is now a fully-qualified, award-winning electrician who we’re proud to have on our team,” Mr Walker said.

“Every year we encourage and support our tradespeople and apprentices to give WorldSkills a go and follow in the footsteps of Anthony and Shawn.

“At GPC we aim to support apprentices to develop world-class skills and expand their horizons, both with us and within the Gladstone community.

“We’re all proud of Shawn’s achievements in making it to nationals and we will be cheering him and our former apprentices on.”