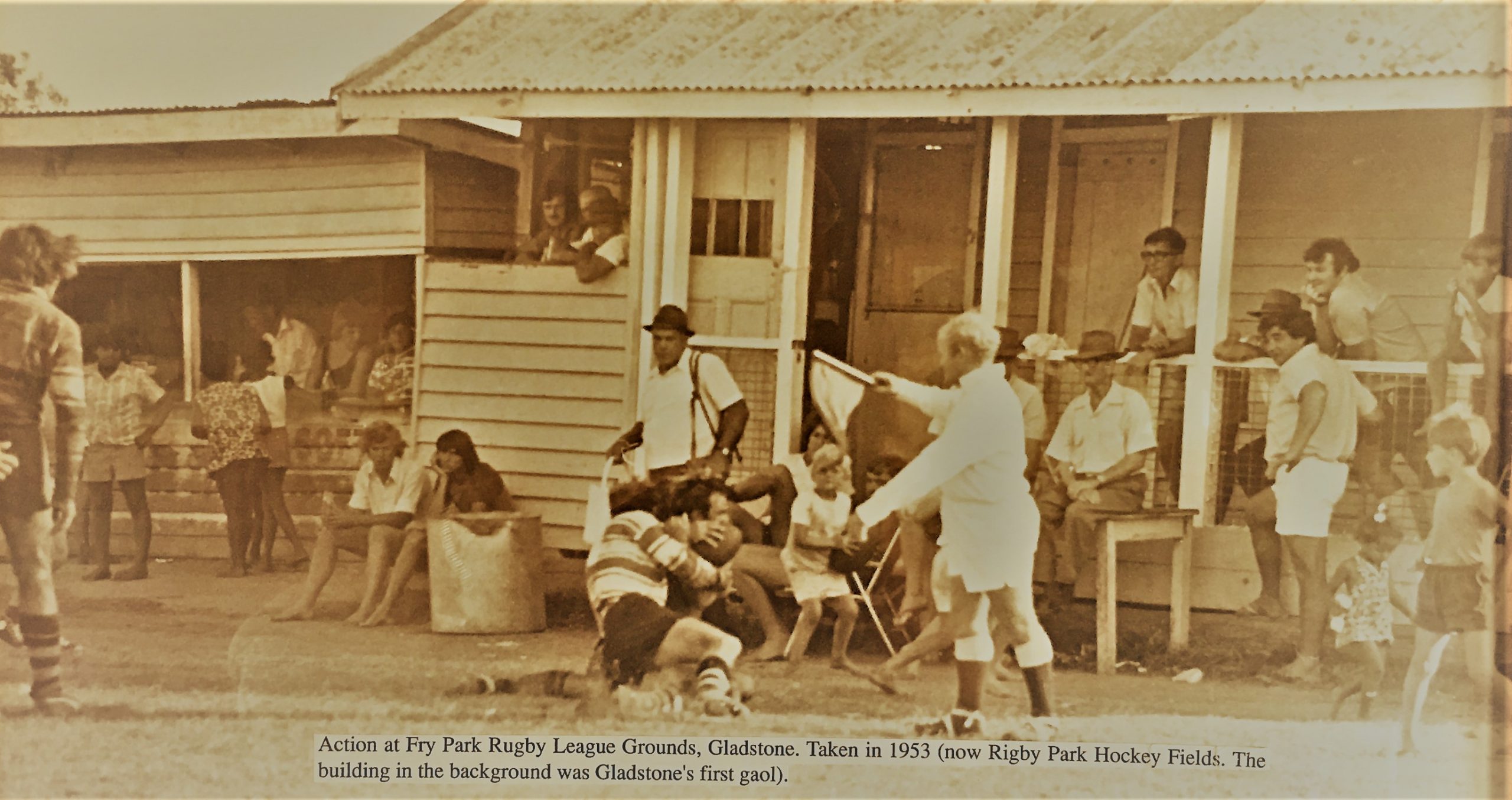 In 1950 the Port Curtis Rugby League competition consisted of three clubs and these were Valleys, Wallabies and Western Suburbs. At this time, it was decided that independent headquarters were needed for the league, instead of sharing the showgrounds with other sports. The Gladstone Rugby League committee found land on the corner of Dawson Road and Glenlyon Street that they could lease from the Gladstone Town Council and this was an ideal spot for the league at that time. The dressing sheds from the showgrounds were shifted over to the new grounds by Marley Brown who carried it over piece by piece. The Leagues new home was called Fry Park (Later Rigby Park Hockey Fields) and was opened on 15 th April 1951. It was named after Alfred Stroud Fry who was a great lover of sport and a former alderman of the town. It was not until the Annual General Meeting on 26 th February 1952 that the Port Curtis Amateur Rugby League changed its name to Gladstone Rugby League.

The positioning of Fry Park caused untold problems during the games as it was common for the ball-boys to have to retrieve the footballs from off the roads or over on the tennis courts. After they had been playing on Fry Park for a time, the Valley Club built a new dressing shed to relieve a little of the congestion in this area. With the construction of a new jailhouse at the police station, the old ones were acquired by the Gladstone Rugby League and shifted to Fry Park to use as an office, change room for referees and a meeting room. Seating became a problem with the wooden stands ready to fall apart. Wests Club stepped in for these work and erected substantial stands for the grounds. This was at a time when Gladstonites, loved, ate, and drank rugby league and Splinter Hamilton was at the gate every Sunday selling tickets. George Walker was the timekeeper, who rang the bell for half and full time, and Jimmy Lewola, with his theatrical knowledge, manned the PA system.