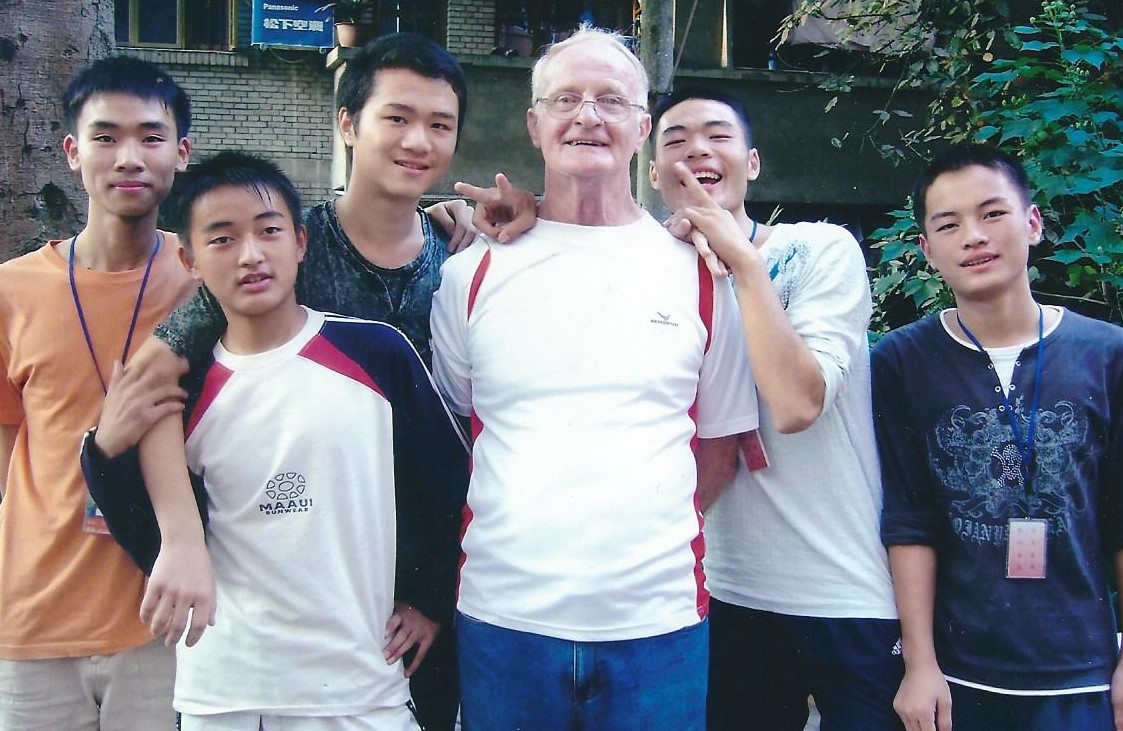 One could say that Englishman Bill Jobling’s life was full of adventure. He came to Australia with his new bride Jean, in 1964 as £10 Poms. After arriving in Sydney, Bill found work in a firm that made building products. Next, they went to Brisbane for a few years and then after their three children were born, they took on the adventure of moving to Papua New Guinea.

Bill worked in a timber mill at Bulolo in the highlands of Moresby Province and they stayed for two years. Bill loved PNG, finding the people and the country very interesting. Their next move was back to Brisbane where Bill stayed for seven years. Bill applied for work at the Boyne Island Smelter and the family came to Gladstone to live. Where he worked until he took semi-retirement.

In 1992 he began working with the Endeavour Foundation in Gladstone and stayed with them for ten years until he completely retired. Bill found that he was bored with a slow life and went looking for things to do. He joined the Gladstone Light Opera Society and at one of these meets he was told of someone who had just come back from China where they were teaching English. When asked if he would like to take this person’s place Bill jumped at the chance. In January 2002 Bill took on an eight-year contract with a firm that was teaching English in Chinese Schools.

Bill’s new employers advised him to apply for a visa at the customs office at the port of Guangzhoc so on arrival there he duly went to the customs officer and requested a visa. He passed over his Passport to the official who took one look at his surname (Jobling) and appeared astonished. He looked Bill in the eye and said, “You him?” When Bill answered “Yes”, he once again questioned “You him?”. Bill again answered “Yes”. The officer reached over his desk and took Bill by the hand and in a sobbing voice cried “Welcome to China, Mr. Chaplin”. Apparently, Jobling is pronounced Chaplin in China and he thought Bill was Charlie Chaplin’s son.

The following morning, he went to school early (No 2-senior school in Xhalan, which was a 20-minute ride from his unit). The school was a huge dorm looking building and it was there that he was met by the headmaster and teachers. The headmaster couldn’t speak English and nor could most of the teachers. However, the actual English teaching teachers were most helpful apart from their regional accents.

After tea and greetings, he met the students in the school parade ground. He was stunned to see about 7000 students aged from 13 to 18 years old. This was an amazing sight. Bill spoke a few words of greeting then the students made their way to their allocated classrooms. Walking into the classroom Bill met the class leader who explained that each class held 52 mixed students. Many of the class members had a good grasp of the language but others who had been taught by teachers with regional accents stood out. The only way Bill could sort them out was starting out with the basic ABC then onto vowels and let it grow from there. Bill was the first western teacher they had had so they all applauded him. Starting the lesson Bill explained that he was unable to speak Chinese and as a class project the students were to teach him two words of their language each day, complete with the tones (there are six tones in Chinese speaking). They were all enthusiastic about this and Bill said that they could decide what he was to learn during the morning break. During the afternoon of the first day the group decided on the two words of greeting others and they practiced the words and tones until Bill was fluent with them and was happy with his attempts. Leaving the class, he met with the Chinese teacher who spoke to Bill in Chinese and Bill replied with the two words he had recently learnt. The Chinese teacher stopped, took Bill by the arm and led me to the headmaster’s office. He said something to the Headmaster who called for an interpreter. Bill explained to the interpreter what had happened in class and how he had met the teacher and exchanged greetings. The headmaster, the Chinese teacher and the interpreter all burst into laughter. Apparently unbeknown to Bill that instead of a greeting he had replied to the teacher with words telling him, in no uncertain terms, where to go. He never had another Chinese lesson after that.

Bill was able to meet many class members as he was teaching ten 50-minutes classes each week. He was given text books as a guideline and asked to stick to the guidelines. His employer was an ex-diplomat who had resigned from the foreign office to open an academy for foreign teachers. A major evening pastime was trying different restaurants. Bill liked Chinese food, and everything was new and tasted different. Over time he ate most things imaginable and thoroughly enjoyed them. After a few months, Bill’s wife joined him for a three month stay and she quickly become adapted with the chopsticks. One evening as they left a restaurant Jean spotted a glass case partially full of maggots (all live food is displayed in glass cases). Speaking to the manager she said, “I couldn’t eat those!”. The manager replied, “You’ve just eaten them, they are the base for the pizza you ordered”. Jean was perturbed by this and exclaimed “Never, ever again”.

During his time in China Bill had holiday time off and was able to come home on leave. On long weekends Bill would catch a train (or bus) and travel around the different areas of China soaking in the brilliant scenery and meeting such wonderful people.