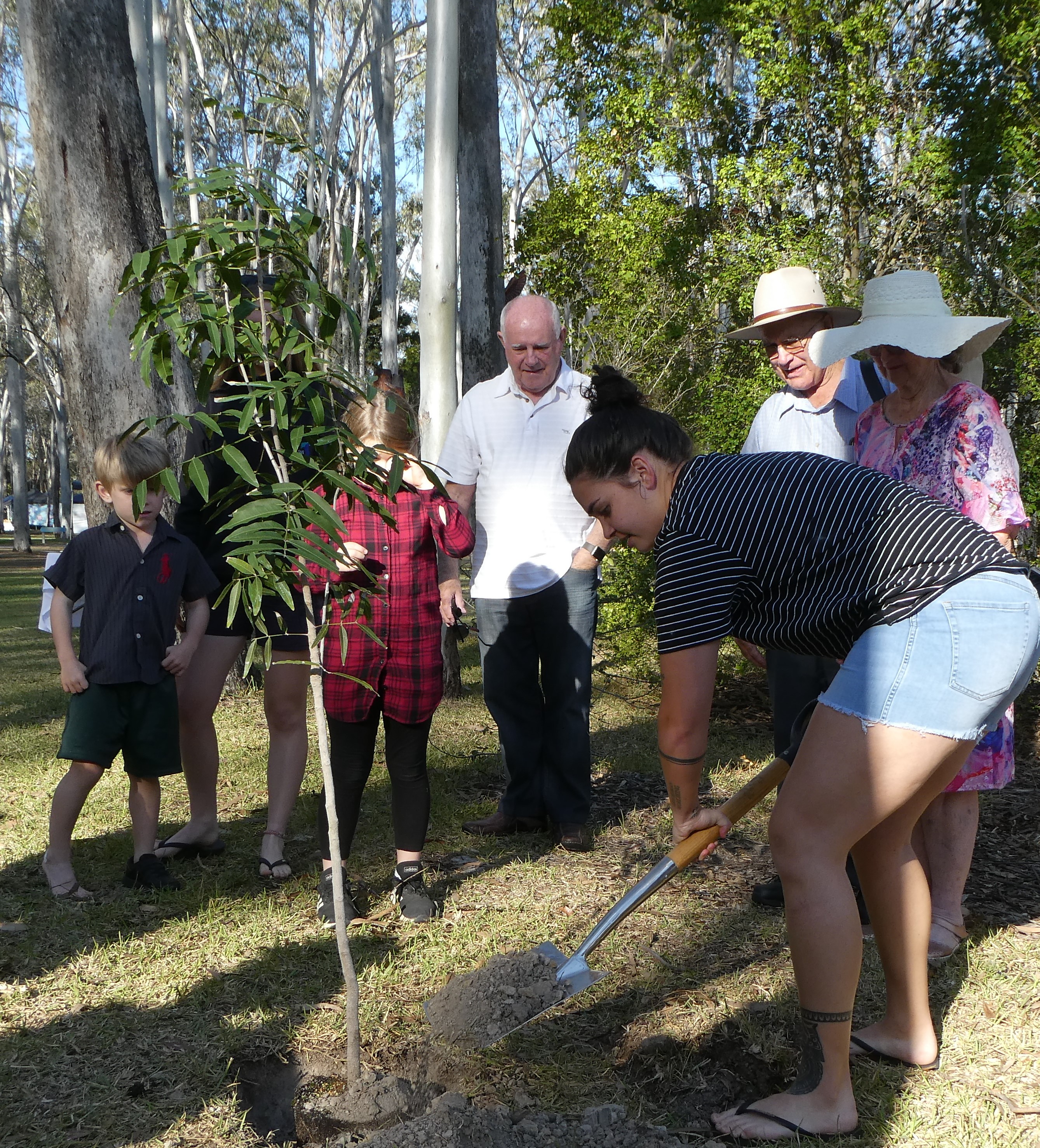 Posted at 15:00h in More Articles by News 0 Comments

A plaque and Tree Planting ceremony was conducted at the Gladstone Botanical Gardens on Friday 30th August. This was for Celcus Walters who became a centenarian on 6th August 2019. These ceremonies have been the creation of The Gladstone National Seniors (GNS) and the Gladstone Regional Council since 2000. Terry Freyling, President of GNS was host for the function and Gladstone Botanical Gardens Curator, Brent Braddick, organised a tree to be planted for the recipient. Unfortunately, Celcus wasn’t well enough to join this ceremony but it was attended by some of her descendants, National Seniors and Desley O’Grady for Council.

Celcus Owen was born in Mt Morgan and her Dad drove a Cobb & Co coach. He later joined the railway as a supervisor and Celcus mother was Station Mistress in Jambin (Callide Valley) for many years. Celcus attended St Ursula’s College in Yeppoon from when it opened in 1931. She achieved in all areas which included sport. music, academia and art. After her schooling, Celcus was employed at the Jambin Post Office as a telephonist. It was here that she met John Walters, the love of her life. They married and had one daughter Narelle (Guinea). In 1963, John and Celcus moved to Tannum Sands with John’s business interests. Celcus won garden competitions, played first-rate golf and threw herself into community activities. John passed away in 1979 at the age of 59 years. After this, Celcus maintained her independence to live in her own home. From 2011 she moved in with Narelle and Bill Guinea for about 6 years, then becoming a resident of New Auckland Place.

New Auckland Place prepared a morning tea for Celcus on her birthday and she clearly enjoyed revelling with her family, fellow residents and friends. Sons of Bill and Narelle, their wives and children were all there to help Celcus celebrate, and she read the many congratulatory letters that she received from dignitaries.