Local History with Betty Laver – The life of Elvie Brown 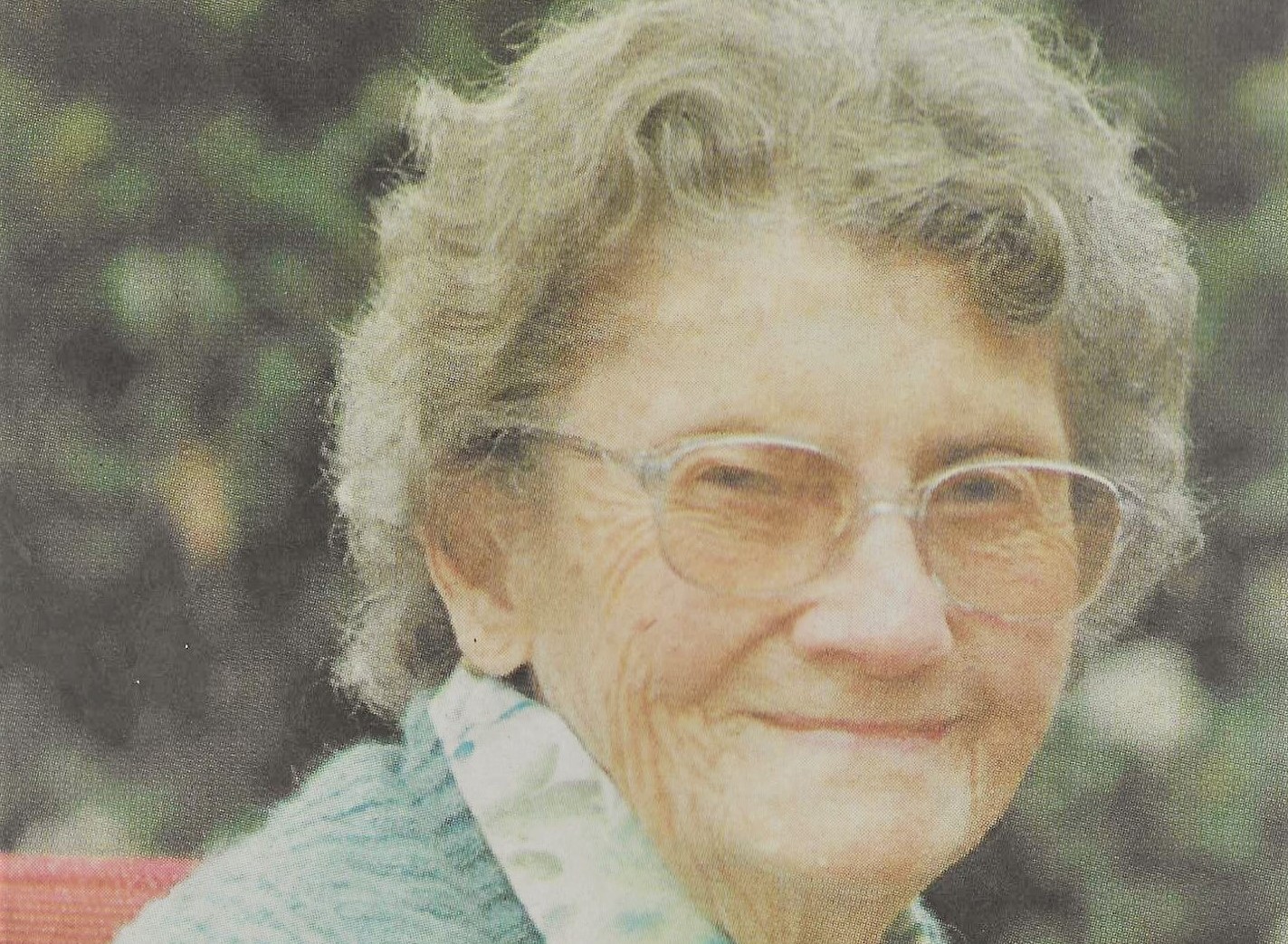 Elvie, the eldest child of David and Annie Aldous, was born in Rockhampton in 1920. Both her parents were from Calliope and they married when David returned from WW1. Elvie is the fourth generation of her family to live in Calliope and she had four younger brothers. As a child, she listened to music on the gramophone and radio. She remembers living a happy childhood, passing the time, and visiting friends by walking to their houses, where they would make cubby houses. An Aunt taught Elvie to play the piano and she kept playing into her later years.

Elvie attended the only school in Calliope (at that time) and there were fourteen students in her class. Some of the students rode horses to school but most had to walk, including Elvie who had to travel one mile. Basketball was popular with female students and Elvie often travelled to Gladstone and remembers winning against the Gladstone State School. Her team never had much luck against Parsons Point School because they were much too good. Elvie had a passion for tennis, so much so that in later years she travelled to Melbourne to see the Australian Open. Every Saturday she attended dances wearing beautiful gowns made by her Grandmother and Aunts who were dressmakers. They taught her to sew, a skill she passed on to her own family.

She left school at fourteen, which was common for girls in that era. Elvie worked at the Grand Hotel for a few months before starting her nursing career. At twenty-one, she was employed at the Gladstone Hospital as a domestic and then applied and was accepted for a nursing position in Rockhampton. The Matron convinced her to stay in Gladstone and she nursed soldiers suffering malaria during WW2.

She did not nurse for long before she married Cyril (Sardy) Brown in 1944 in Calliope. He was a jockey like his two brothers and travelled around the state, competing and often winning races. Elvie still has some of these trophies and medals. Cyril and Elvie had five children, Noela, Rhonda, Gay, Beth and Diane. Unfortunately, Noela died at five years of age in 1950. During this time, as a favour to a family member who went on holidays, Cyril and Elvie offered to look after their dairy farm. Unfortunately, the owner died just before they were to leave on holidays, so Cyril and Elvie took over. They worked and maintained the farm for the next forty years.

Elvie’s mode of transport was walking so at the age of forty-five she learnt how to drive a car.

Cyril passed away in 1998 after a long illness. In 2007 she moved to a new house in Calliope and she passes her time there with her favourite hobbies of cooking and gardening, as well as catching up with old friends. She gave back to the community by helping at the local church and raising money for them. Elvie still lives in New Auckland Place.