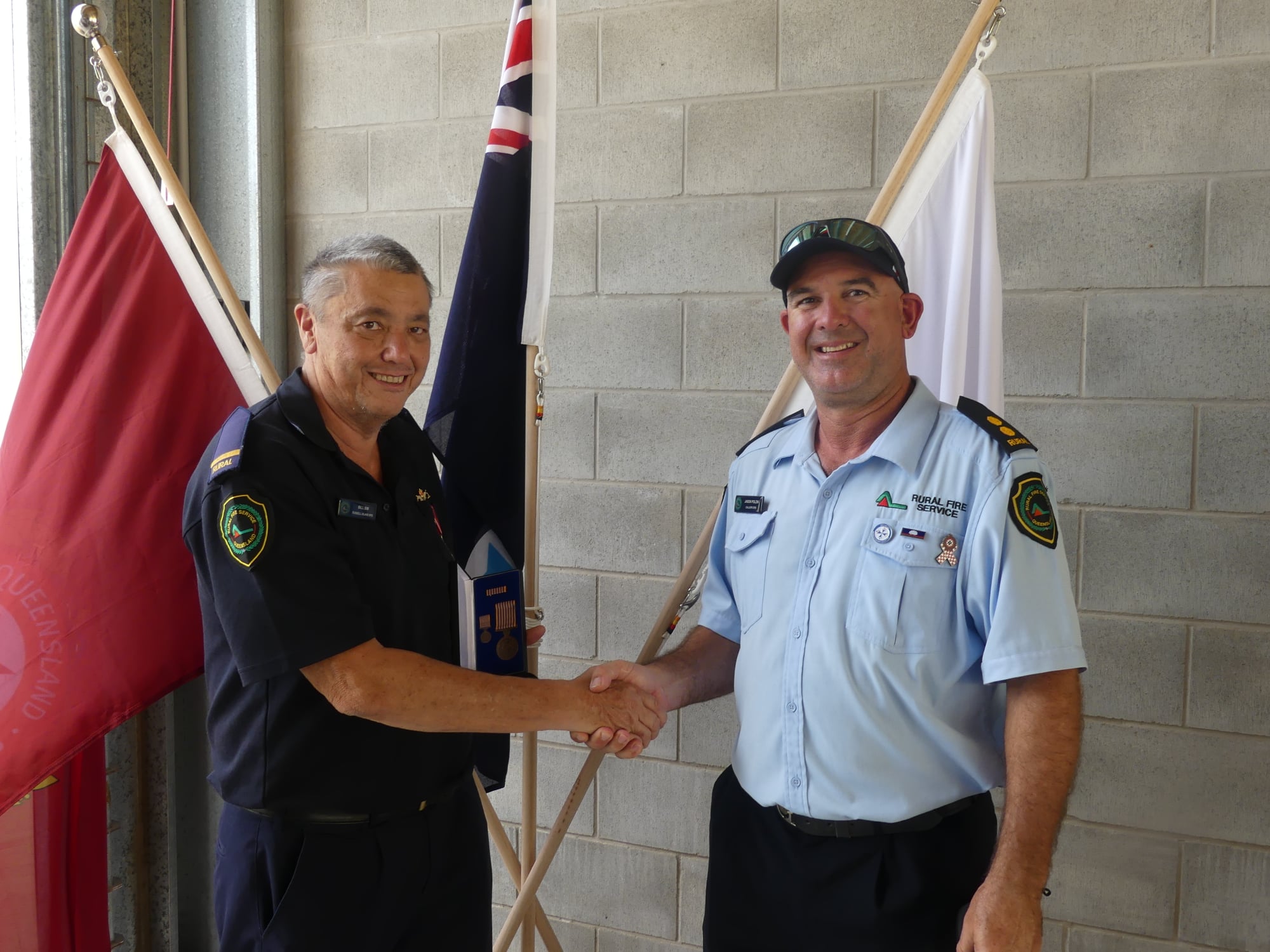 Several members of Calliope’s Rural Fire Brigade have been recognised for their service in a Medal Ceremony.

Bill Sims, who was awarded with a National Service Medal, said he will remain a member for as long as he can drive trucks.

“Sometimes I think about how many trucks might not have gone out because I was the only available driver. I’ll keep driving as long as I can drive trucks and the crew feels safe with me.”

Sims, who was in the Navy for eleven years and now the Rural Fire Service for seven, said he has lost count of how many call-outs he has been to, and how many properties he has helped save in his years of service.

“I don’t do what I do for recognition, but it always feels good to get some. I was very proud to be awarded the medal, and even prouder to receive it on such a special occasion- the opening of our new shed.

“When I left the New South Wales Fire Service and moved to Russell Island, I witnessed a housefire that made me realise I still wanted to be involved with the service. The Fire Service on Russell Island gave me a sense of doing something of real importance.”

Sims said that there is always room for people who want to get involved with the service.

“Anyone can get involved- men and women, those who are younger and those who are older. If you are not able to go out to fires we have other roles. As far as volunteer numbers are concerned, we can never have too many.

“In regard to this medal, I’d like to thank the crews I have worked with over the years. You don’t make it to this many years of service without the help of the people around you.

“I’d also like to thank my wife and daughters. I feel it is worse for those we leave behind.”

If you’d like to get involved with the Rural Fire Service, details are available at  https://www.qfes.qld.gov.au/.