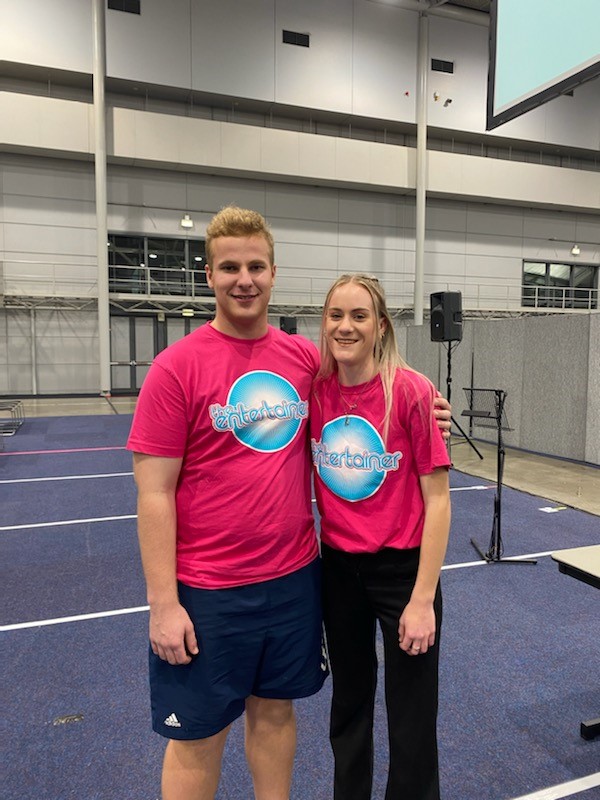 Keira, who first took part in CGEN in 2018, said the event, which took part in Brisbane in July, was a spectacular she would not forget.

“CGEN provided an opportunity for me to display and extend my talent and affiliations with professional artists beyond those ordinarily available within a small regional town like Gladstone,” she said.

“Working for six months with professional artists taught me a great deal and opened doors in a career in performing arts.

“Meeting new people was a big part of the experience, I met some incredible friends along the way, and when it came time to say goodbye there were some tears shed for sure.”

Keira, who has taken private singing lessons for the past six years and taken part in local combined school musicals like Shrek and The Wizard of Oz, was the Soprano Section Leader in CGEN 2021, which was an honour.

“From an ensemble of 100 state school students that auditioned, about 40 were selected to be the section leaders,” she said.

“Section leaders are predominantly upper secondary students for the reason we were critical in maintaining harmonic sound source for the show.

“My role was to demonstrate outstanding leadership of the ensemble and be prepared to take direction from both the choir director and choir manager.”

CGEN was an amazing experience for Keira, and she said she “cannot wait to be part of a production of its magnitude next year”.

“I also encourage any young and aspiring performers to get involved with CGEN,” she said.

“It was an experience I’ll never forget, and I will forever cherish the skills I learnt during the months of working in a professional environment.”

The annual event, staged by the Queensland Department of Education celebrated its 17th year as our state’s largest youth performing arts program in 2021.