Tips and Tricks to Master Pokémon Go in 4680 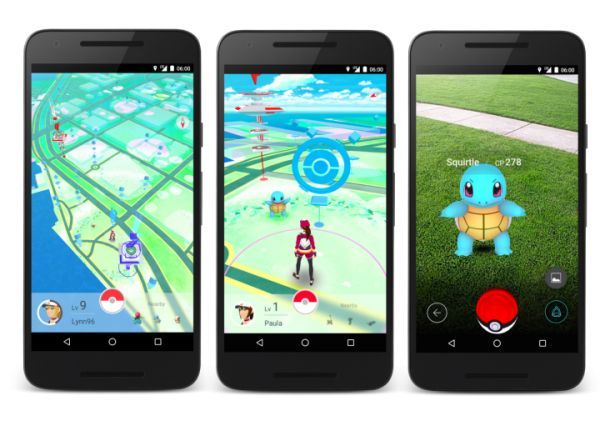 Pokémon Go is now available and trainers young and old can go out into the world and catch your favorite Pokémon.

But before you go out into the wild, you’ll want to brush up some of the basics and features of the new mobile game so you can become a Pokémon Master that much quicker. So let’s start off with the basics and then scoll down the bottom to see our Hacks!

When you boot up Pokémon Go for the first time, you’ll have to customize your trainer, name him/her and then choose your starter Pokémon. You choose from either Bulbasaur, Charmander or Squirtle, the classic Gen 1 starters.

Once you’ve caught your first Pokémon the real adventure begins with the interface showing your trainer walking on a Google Maps-esque layout. The GPS on your smartphone will pinpoint your location. On the map you can see landmarks that represent PokeStops and Gyms. You won’t be able to access them until you get closer to their destination, or in the case of Gyms at a certain level (more on Gyms and PokeStops below).

You’ll also see rustling grass. If you walk towards it a Pokémon will appear and you will attempt to catch it. If you look on the bottom right corner of your screen, you can pull up the menu that tells you what Pokemon are near you.

Trainers will also gain experience and gain levels as they travel and catch Pokémon.

Catching a Pokémon in Pokémon Go is very different from the main games. You don’t use your party Pokémon to weaken a wild one, instead your catch rate is determined by a few factors.

The Pokémon’s CP level, the type of Poké Ball you used, your throwing technique, and other factors come into play when determining whether the Pokémon can be successfully caught.

Other Pokémon will simply run away so be sure to be quick.

Your throwing technique is probably the one thing you’ll want to master. Your angle and force behind your throwing (which is a simple flick on the touchscreen) is a big factor. And, of course, you’ll want to hit the Pokémon with the Poke Ball.

If you have the AR turned on, you’ll want to center the Pokemon on the screen. Keep your phone steady as you throw but if you want an easier experience, turn the AR off and the Pokemon will remain centered.

You’ll also notice a ring inside a circle where the Pokemon is. When that ring (normally green) is at its smallest is when you’ll want to throw your Poke Ball.

Various habitats will determine what Pokémon is found. For example, water Pokémon will be found near bodies of water and beaches. Use the Nearby feature on the bottom of the screen to see which Pokémon are around.

The item Incense will draw Pokémon toward your for 30 minutes, so be sure to use them when you are having trouble finding Pokémon in the wild.

Now that you’ve caught a Pokémon, you can take a look at what it can do. A Pokémon’s Command Points (CP) determines how well they fight in battle. The higher the CP the better they fare.

You’ll also notice that some Pokémon of the same species will have varying CP when they are captured. Keep that in mind when you are training them up as you’ll want to keep the highest CP Pokémon.

The higher your Trainer’s level, the higher CP Pokémon will appear.

If you want to level up your Pokémon, then you’ll have to use the Stardust gained from capturing Pokémon to do so.

Evolving Pokémon takes an extra step that involves the Transfer function, the Professor, along with Pokémon-specific candies.

We go more in-depth on leveling and evolving on our guide, here.

We mentioned PokeStops before and they are different areas around you that will give items and even Eggs.

The markers on the map will show blue squares, once you are close enough you just spin the medal and items will drop. There is a cooldown for each PokeStop so be sure to check back to certain landmarks to see when you can get more items from the same area.

When gathering items at PokéStops, you may find Eggs that will eventually hatch into Pokémon. To hatch these Eggs, you’ll need to walk around a certain distance.

The farther you have to walk, the rarer the Pokémon you’ll find inside when it finally hatches.

You’ll need Incubators to hatch Eggs. There is one provided for you so only one Egg can be hatched at a time unless you purchase another one.

Like the Incubator and the Incense, there are plenty of different items in Pokémon Go. PokeStops are a great way to get more Poke Balls and other items. Serebii has a great listing of the differing items you can find, so check that out.

But like many mobile games, there are microtransactions that players can choose to purchase with real money. You can purchase Poke Dollars to get more items.

You’ll gain Poke Dollars by leveling up and performing other tasks in-game but if you want to shorten the process than you can purchase using money. Check out the chart for microtransactions below.

After your trainer reaches Level 5 you can join a team (either Red, Blue or Yellow)

and start to battle Gyms.

Once you join a team, you can assign Pokémon you’ve caught to an open Gym or to a Gym where a team member has placed one of his or her Pokémon. Like PokéStops, Gyms can be found at real locations in the world.

Only one Pokémon per player will be set at a particular Gym.

Turn off the AR camera to make it MUCH easier! Find a Pokemon, you tap on it and your phone’s camera turns on. Suddenly, there’s a wild Pokémon in the actual world in front of you (according to your phone). And that Pokémon is getting WILD, running/flying/flopping all over the place, making them harder to capture. But if you click the little switch in the upper right corner of your screen that says “AR,” it’ll switch the game’s camera from your phone’s camera to a virtual camera in a virtual world (seen above). It’s less impressive-looking, no doubt, but it’s MUCH easier to catch the Pokémon in that virtual world. They remain centered, and throwing the Pokéball at them is far easier.

Q. Catching Pokémon: What do those circles mean?

Here’s the deal: the smaller that ring is, the more likely you are to capture that Pokémon. Throwing your Pokéball carefully is important, as you don’t want to waste a bunch of them whiffing shots.This becomes much more important as you progress in the game, and wild Pokémon are less likely to be captured simply by having a Pokéball thrown at them.

Q. What do the colours of the circle mean?

The colour of the ring when catching Pokémon tells you how hard it is to capture said Pokémon.

Q. What those rustling leaves mean on your map?

There’s a Pokémon there! What kind of Pokémon? It’s never totally clear, but you can get a good idea of what it is based on the menu in the lower right of the main screen.

Q. Can you release pokemon you don’t want?

Just click on the pokemon, scroll down, and click transfer. That will send them back to the professor in exchange for one candy of that pokemon type. (You can use the candy to level up a pokemon of that species type).

Q. If I left my pokemon in the gym, can I still use the same one to battle other gyms or I should use other pokemon?

Your Pokemon in the Gym will remain there until it is defeated, at which point it will return to your party with 1hp. It’s a balance of whether or not you’re willing to leave your best Pokemon in gyms and hold them for your team, or if you wanna be able to take out other gyms using your best Pokemon.

Q. How can you heal your Pokemon? Can you battle other players outside of gyms?

Q.How do I battle wild Pokemon?