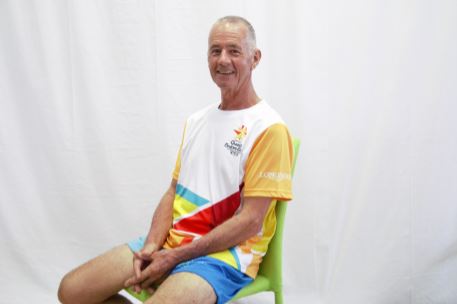 Ian Anderson transferred to Gladstone in 1981 from Tasmania where he’s made Tannum Sands and the Gladstone Region his home, where he and his wife have raised two children and are now enjoying retired life.

He hasn’t slowed down the activity level though, running the Queen’s Baton Relay in Agnes Water on March 24 in recognition of his contributions to multiple community organisations including the Boyne Island Lions Club of which he is the current president, the Friends of Bindaree, and the Boyne Tannum Men’s Shed, which officially opened its doors last Saturday, March 10.

Unmissable through his voluntary work with the above organisations, providing service and raising funds to support local needs, Ian also has a flair for promotion and raising the public profile of the work of those organisations and the invaluable work they do, through media and their respective social media outlets

“It is a huge honour to be selected and I believe it represents not just my own personal accomplishments but those of all the other volunteers with the various organisations I am involved with. I am just one small cog in the wheel,” he said of his nomination.