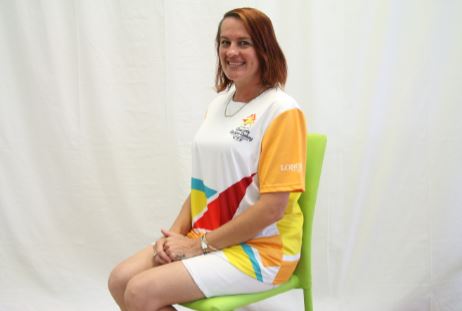 Tracy’s daughter nominated her Mum for her love of children in the community as a foster carer, and Tracey has been a Mum to as many as fifty children over the past seven years.

“Ever since I was a little girl I’ve felt the need to help children less fortunate than me. When I was eleven, I found this family in my neighbourhood and they had two children, I was only in year six but I used to their house every afternoon after school and play with them, and just love them,” Tracey said.

“I always felt that was what I wanted to do in life, help children,” she said.

“You can’t really unless you have a very supportive partner. When I met my husband, Clinton, he was just like me, and I was very excited that I could finally make that dream come true,” she said.

It’s full house for Tracey and husband Clinton who have ten children under their roof – two of their own brood of seven still live at home, plus eight foster children.

Dinner for twelve can be quite chaotic, but no more than the average household, says Tracey, though they do get through two loaves of bread each and every day:

“We have the normal kinds of sibling rivalry, but we also have a really great house for it,” she said.

“The teenagers have their own space, and the smaller children are upstairs – we’re very rarely all in the same room at the same time; most of the children here have been here for more than five years, so we’re just the average family.”

Tracey says her baton leg will be a great reward for all of her children:

“My adult children are always very supportive and proud of me, the way they talk about me and what I do, is always very positive,” she said.

“That’s great because they’ve had to forfeit – well, not forfeit, really – but they’ve had to battle along with me sometimes, with a lot of the children over the years,” she said.

“It’s just really nice to know that they’ve supported it and they can handle it,” she said. “I’m really very excited about it, it’s a huge honour.”