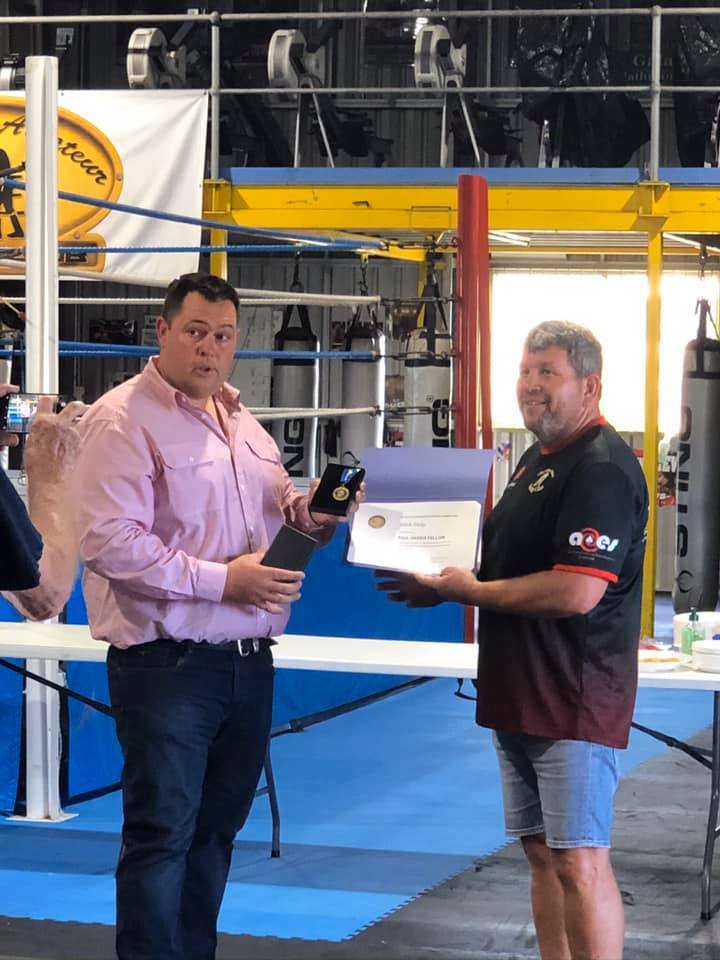 Mick was nominated for the award by The Rotary Club Of South Gladstone & David Nunn from High-Risk Solutions.

“What a massive privilege to be named a Paul Harris Fellow, in appreciation for all the work I have contributed to the community via the Gladstone Amateur Boxing Club.”

Rotary was founded by Paul Harris, a lawyer, and three business associates in Chicago on 23 February 1905. In his honour since 1957, Paul Harris Fellows have been recognised to express appreciation for contributions to the humanitarian and educational programs of The Rotary Foundation.

“I was surprised & absolutely stoked to have the award presented by Mr & Mrs Hunt & Dave Nunn from the South Rotary Club at what would usually be our Club’s presentation night.

“Receiving the award amongst Boxers, parents, club members, my own parents and family made the award all that more precious.

I can honestly say as I go into the 25th year of GABC I never started this club for the glory it’s always been about the love of the sport and of course the kids.

Everyone who is part of a club knows that it’s not just 1 person it takes an army, & I thank each & every one of you.

There have been low times, hard times & stressful times but they are supremely surpassed by the good times, the fun times & without a doubt the winning times.