Mum’s shave for a cure close to home… 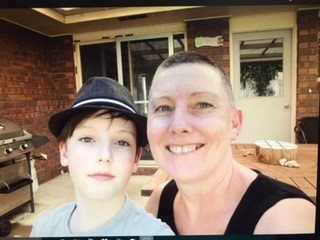 27 Feb Mum’s shave for a cure close to home…

A GLADSTONE mum whose son is battling leukemia will sacrifice her locks to
help raise money for cancer research as part of the 20th anniversary of the
World’s Greatest Shave.

Alicia Armstrong and her son, Toby, received the heartbreaking news of his
diagnosis on his 10th birthday nearly two years ago.

Ms Armstrong, who has two older children, said Toby had been feeling unwell
and unusually fatigued for six days.

“He would have breakfast, stand up, move, then feel sick and go lie down.
“On the Sunday morning, it happened again and he brought up blood. None of
the local doctors were open on a Sunday, so I called a House Call Doctor.

“They were here in 20 minutes, checked Toby on the lounge. He was pale and
they said: “go to hospital right now.”

Toby was flown to Brisbane, and diagnosed the following night.

Alicia Armstrong will shave her head on Saturday, March 17 at the Tannum
Sands Hotel, starting from 11am-1pm.

“If it wasn’t for the House Call Doctor I wouldn’t have taken him to hospital,” she
said, so when Ms. Armstrong holds her World’s Greatest Shave fundraiser she’s hoping she and Toby will be able to reunite with the Doctor to say thank you.

Chief Operating Officer Craig Glover said stories like Toby’s were heartbreaking
to hear as a parent and House Call Doctor and its staff were supporting Ms
Armstrong to help raise much-needed money for research.