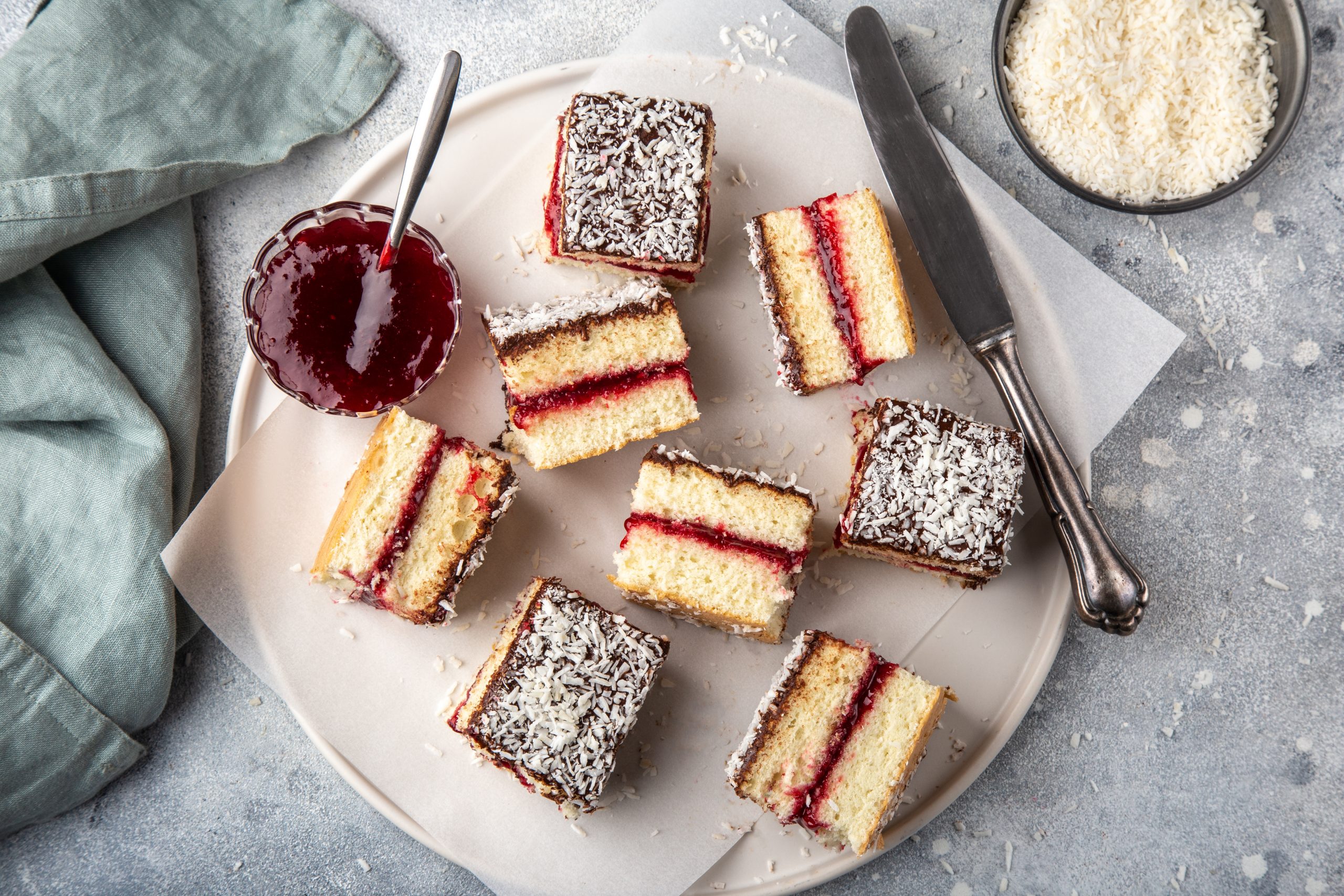 Would you ever have thought that stale cake would up tasting so delicious?

July 21 is National Lamington Day so it got me thinking. Where di the Aussie icon “the Lamington” originate? The answer surprised me.

A maid-servant was working at Government House in Brisbane when she accidentally dropped the Governors favourite sponge cake into some melted chocolate. Lord Lamington (not his actual name – Charles Wallace Alexander Napier CHOCHRANE-BAILLIE) was not a person of wasteful habits and suggested that it be dipped in coconut to cover the chocolate to avoid messy fingers. And this little mishap was over a century ago. We should count ourselves lucky that the scrumptious lamington was not named the Chochrane-Baillie.

Have fun this weekend and rustle up your friends, kids and whoever likes to get there hands messy in the kitchen and try this lamington recipe.

Beat the eggs well, gradually adding the sugar until dissolved.

Add the  milk and vanilla essence and then stir in the self-raising  flour and whip the butter into the mixture.

Pour the mixture into a cake tin or lamington baking dish and bake in a moderate oven of 180 degrees Celsius for 35 minutes.

Allow the  cake to cool for at least 10 minutes and then stand for 24 hours preferably in the  refrigerator, before applying the icing.

Stir the cocoa and  icing sugar vigorously in a large bowl, adding the milk , butter and boiling

water, warming the chocolate mixture over a very low heat until it has a smooth creamy texture.

Cut the sponge cake into equal squares about 5cm x 5cm and, using a fork or thin skewer, dip each piece into the chocolate mixture ensuring that the mixture is liberally and evenly applied.

Dip each piece into the desiccated coconut, allowing the lamingtons  to cool on a wire tray for several hours.