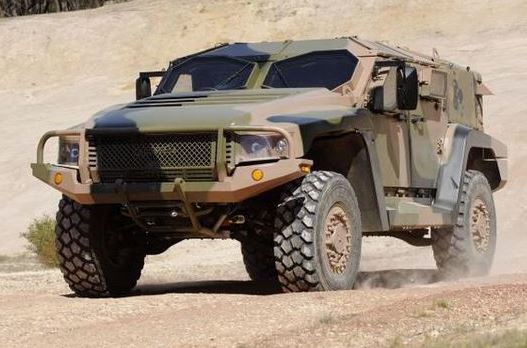 Posted at 16:25h in Business, News, Technology by News 0 Comments

The Bushmaster in service in Iraq

Australia’s new Hawkei Protected Mobility Vehicles have deployed into a war zone for the first time.

Minister for Defence, Senator the Hon Marise Payne, and Minister for Defence Industry, the Hon Christopher Pyne MP, today announced the Army had successfully deployed two Hawkei vehicles into the Middle East Region, as part of a Defence trial.

Minister Payne said the trial vehicles were sent to Iraq’s Taji Military Complex to test their sustainability overseas and their ability to deploy to and from an operational area, to ensure it is ready before going into full production next year.

“Throughout the trial these vehicles will be employed by our soldiers within Task Group Taji Six in Iraq’s Taji Military Complex.”

“The two Hawkei vehicles will complete defined tasks designed to ensure we are best prepared to deploy this capability when it enters service.”

The Hawkei’s technology and design mean it is able to withstand significant blast and ballistic threats, protecting soldiers from small arms fire and fragmentation.

Minister Pyne said the Hawkei is a pioneering protected vehicle which is designed, developed and manufactured by Thales Australia who also manufactures the Bushmaster vehicle, which is in service with seven countries.

Minister Pyne said the bid to export the Hawkei, and today’s milestone shows yet again the world-class capability being produced by Australian defence industry,” he said.