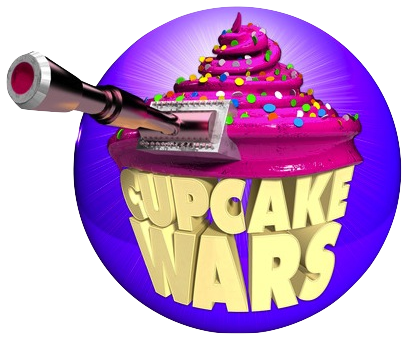 To cupcake or not to cupcake? – a town divided.

What started out as a normal exciting Friday has ended in a heated debate and a town divided? You’d think that if a child was having a birthday and that kids mum had stayed up late baking cupcakes for the whole class they’d be allowed to celebrate a birthday by eating said cupcakes with fellow class mates? WRONG!

What is with Child Care Centres, poor little birthday boy couldn’t share his cupcakes with his “school friends”. Not nice to have an excited 3 year old sad and crying.- FB POST

Apparently childcare centres and schools do not allow cakes anymore. No cakes, no eggs, no nuts.

We would like to issue a disclaimer at this point – While Gladstone News don’t normally trawl discussion boards for content it’s a Friday night and some writers (Karina) that have small children and can’t go out, do what everyone else having a quiet night in does. Indulge in the Gladstone online drama!

Schools these days are mostly egg and nut free. It’s not because some crazy Dictator dec

ided cake was the devil, there is a logical reason behind the ban. Some kids have serious
allergic reactions to egg and nut product which can lead to death. It’s called anaphylaxis. Which is what I thought I had when I was heavily pregnant and couldn’t lie down without feeling like spitting fire vomit from my throat  – BUT that’s just hardcore reflux. This is much, much worse.

So for those who have a life and may have missed the daily cupcake saga here is both sides of the argument.

Then there is Eggs V no Eggs. Cupcakes V no cupcakes. Hmmm now I feel like cupcakes. Take the Gladstone News Poll Further down the page so we can get the latest stats. (WHO WINS THE CUP CAKE DEBATE?)

To break it down there seems to be an underlying premise. Allergies are real Verses kids these-days are soft.

I guess we need to clarify some things. It is 2016. It may seem soft that we have vaccinations (soft) to prevent smallpox after the 20th century outbreak. Sanitation (soft) and correct food prep has reduced infection diseases (super soft – I eat my chicken raw) and don’t get me started on antibiotics. (double soft)

Now that that has cleared up NOTHING at all, I thought what better way to get right in the middle of the argument and figure out which camp has the most support.  Let’s do a poll and turn a divided town into a vote. Nuts V No Nuts.

Some of our favourite comments so far:

pretty soon we won’t be allowed to have kids at all in case one gets upset or has an allergy ?

Im glad i finished school before women in there PTA meetings ruined it.

The whole world has gone stupid , it’s getting out of hand

Anyway the other more serious question it has raised is does anyone actually know what has caused the spike in modern day allergies? Is it hormones, pesticides, women having the right to vo

te (OMG this was a real comment on FB) men wearing skinny jeans, top knots, log beards, hipsters did it or maybe its cause people do palates and eat organic. I don’t know. One thing is for sure – we are raising a generation of kids that will most certainly have to get very good at sneaky eating.

Where there is a cake ban – there is also a rebel kid who gives no hoots and has icing all over her/his face.