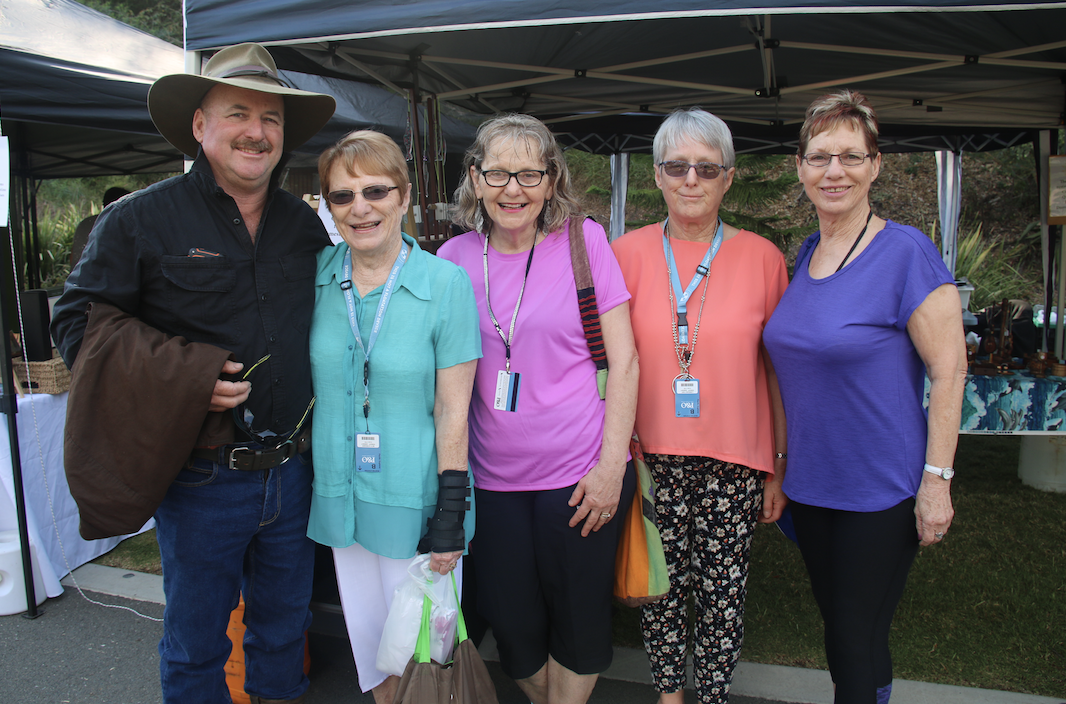 Posted at 15:46h in Community, Lifestyle, Local, News, What's on by sales@gladstonenews.com.au 0 Comments

Gladstone’s Feast on East Markets have been nominated for an RACQ Peoples’ Choice award capping off a fantastic cruise season with another well-attended event on 22 August.

With the arrival of the Pacific Explorer, the sun began to set on Gladstone’s first season of welcoming visitors from P&O Cruise ships.  The next cruise to stop at our harbor will be a Christmas cruise on December 23.

Popular with locals and visitors alike, the Feast on East markets accompany each ship’s arrival.

Focussing on hand made products, local souvenirs, resort wear and of course a feast of fresh and tasty local eats the markets celebrated their tenth event with the arrival of the P&O Cruise ship Pacific Explorer.

The ship berthed at 10pm at Auckland Point wharf on Monday 21 August and by early Tuesday visitors flocked to the markets, keen to set foot on dry land, having experienced heavy seas on Saturday night.

P&O’s Pacific Explorer was due to dock at Mooloolaba but a swell of 1.5 metres and wind gusts of up to 30 knots prevented its docking, according to a spokesperson.

A ‘rogue wave’ broke windows in the dining room and a female passenger was helicoptered from the ship about 74km off the coast of Fraser Island after becoming unwell.

“We weren’t anywhere near there when it happened, but the crew dealt with it really well,” visitors from New Zealand, Barney, Kate and son Thomas said.

Passengers unable to make land at Mooloolaba were thrilled at what they called the “beautiful green” setting of the markets along East Shores and the friendliness of stall-holders and the Cruise Ship Ambassadors from GAPDL.

Sisters Beth Stringer, Chris Bird, Lorraine Fort and Sandra Lines, all from South Australia are taking a cruise together – they say the last time they all had a bit of time was back when Beth married in 1959.

“The four grannies thought it was about time we had a holiday together,” Chris said.

Beth’s son Stan Stringer, who lives locally picked Mum and his three aunties off the ship, taking them out to Calliope where they caught up with family including six of Beth’s great-grandchildren.

The newly refurbished Pacific Explorer set sail again on Tuesday evening with the tooting of the foghorn heard well beyond East Shores. You can vote for the Feast on East Markets in the RACQ People’s Choice award here: https://www.racq.com.au/peopleschoice