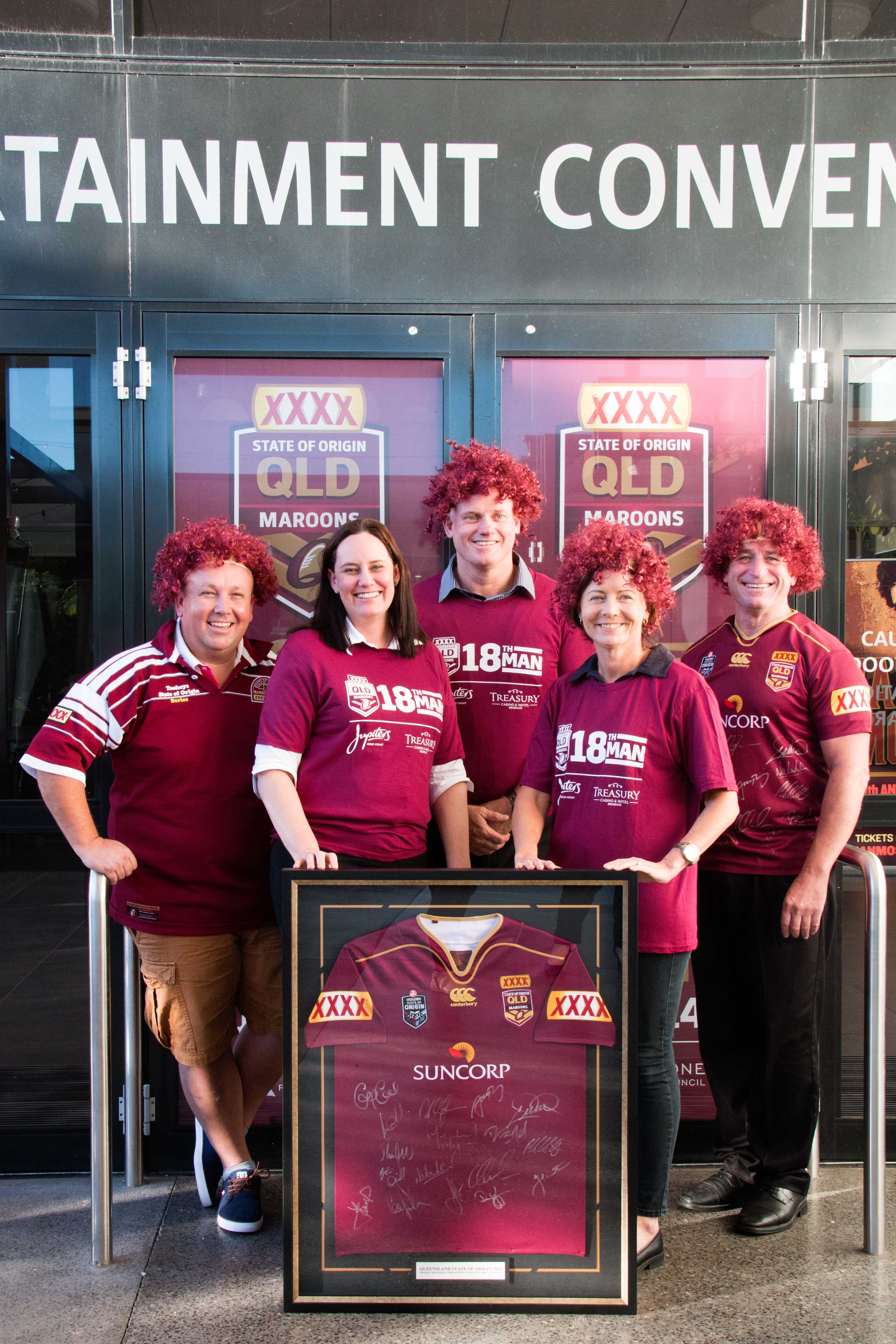 The XXXX Queensland Maroons continue their proud connection with regional Queensland with the sporting team travelling to our hometown in the lead-up to Game II.

It’s not every day that the champion State of Origin team turns up in your backyard and Gladstone is certainty rolling out the welcome mat in the lead up to Tuesdays XXXX Queensland Maroons Gladstone Fan Day.

In what shapes as a fantastic day of celebration for Gladstone, kicking off with a street parade held in Goondoon Street at 10.30am where the community are encouraged to come down and show support for the mighty Maroons. Followed by a sports luncheon at the Gladstone Entertainment Centre at 11am, where fans can purchase tickets to meet the players while enjoying a two-course meal. And last but certainty not least the coaching clinic, which will be held at Marley Brown Oval.

QRL Managing Director Robert Moore praised the hard-working executive of the Gladstone & District Rugby League and their team of volunteers for the manner in which they have embraced the initiative to date.

QRL Operations Manager for the Gladstone Division Peter White was elated about the upcoming Fan Day. “This is not only a once in a lifetime moment for rugby league fans throughout our region, but it is something that our community really needs right now,” he said. “We are both grateful and appreciative that the QRL has deemed Gladstone to be the host for this year’s XXXX Queensland Maroons Fan Day.” Peter wanted to encourage all supporters and kids to come out and show our champion team how much we appreciate their record of wins!

Chris Trevor, who has been involved in local Rugby League for over two decades has something special of his own to add to the events on Tuesday. Alongside Origin great Chris “Choppy” Close the two have secured a signed 2016 Queensland Maroons jersey to be auctioned off. For the past 20 years Trevor and Close have been donating 3 State of Origin jerseys to the Gladstone Region where the proceeds are donated to local charities. The proceeds from this jersey will be donated to the Gladstone Junior Rugby League.

Tickets to the luncheon are on sale NOW and can be purchased from the Gladstone Entertainment Convention Centre or online at www.gladecc.com.au

All businesses are encouraged to get into the origin spirit by painting the town Maroon to celebrate the arrival of the champion team!