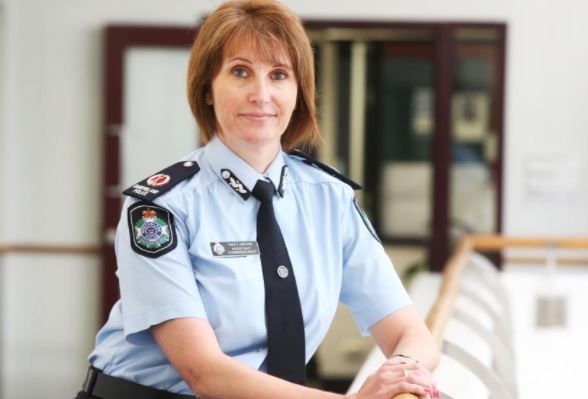 Police Minister Mark Ryan has congratulated Tracy Linford and Bob Gee on their appointments as new Deputy Commissioners for the Queensland Police Service.

Commissioner Ian Stewart will officially announce their appointments today at 11 am at Police Headquarters on Roma St.

Mr Ryan praised their appointments as executive leaders of the QPS.

“I am excited to work with these officers in their new roles to keep Queenslanders safe.”

Commissioner Stewart congratulated both officers on their appointments.

“I look forward to working with both of them in their new roles,” he said.

“Both are experienced officers who bring a variety of experience and expertise to the QPS executive leadership team.”

Deputy Commissioner Linford said she looked forward to the challenges of the new role.

“I want to make sure our strategies are fit for purpose and integrated across the organisation,” she said.

She was sworn in to the QPS in November 2015 as the Assistant Commissioner for the Intelligence, Counter-Terrorism and Major Events Command.

Since joining the QPS, her role has centred on building new capability to counter terrorism and organised crime, and to provide specialist covert support and intelligence services to the organisation.

Before joining the QPS, Deputy Commissioner Linford was a member of Victoria Police for more than 31 years. There she worked on a number of state-wide projects that have impacted significantly on the way Victoria Police operates today.

Her highlights include the introduction of a Victoria Police Intelligence Model, and the formation and implementation of the Major Crime Management Model, which was brought about following a series of gangland murders.

Deputy Commissioner Gee said his focus would be on teamwork from the bottom to the top of the organisation.

“My priorities will be a focus on customer service, supporting the most vulnerable in our community and working across sectors for better outcomes,” he said.

Deputy Commissioner Gee joined the QPS in 1986 and served in Rockhampton and Brisbane in a diverse range of operational roles.

In 1998, he was promoted to Inspector and has a breadth of operational experience working with diverse communities and special interest groups from small rural and regional areas through to national policy development.

On a number of occasions, he has been seconded to central agencies and high profile reviews with each resulting in large-scale reforms.

Deputy Commissioner Gee most recent role was the Assistant Commissioner for the QPS’s largest region, Brisbane.

He was formerly responsible for organisational capability and the QPS Chief Information Officer. He has led large organisational units particularly in the areas of managing public events, road safety, internal investigations, research and audit, specialist and high-risk operations.