It’s a priceless Christmas gift for someone you love very much….. 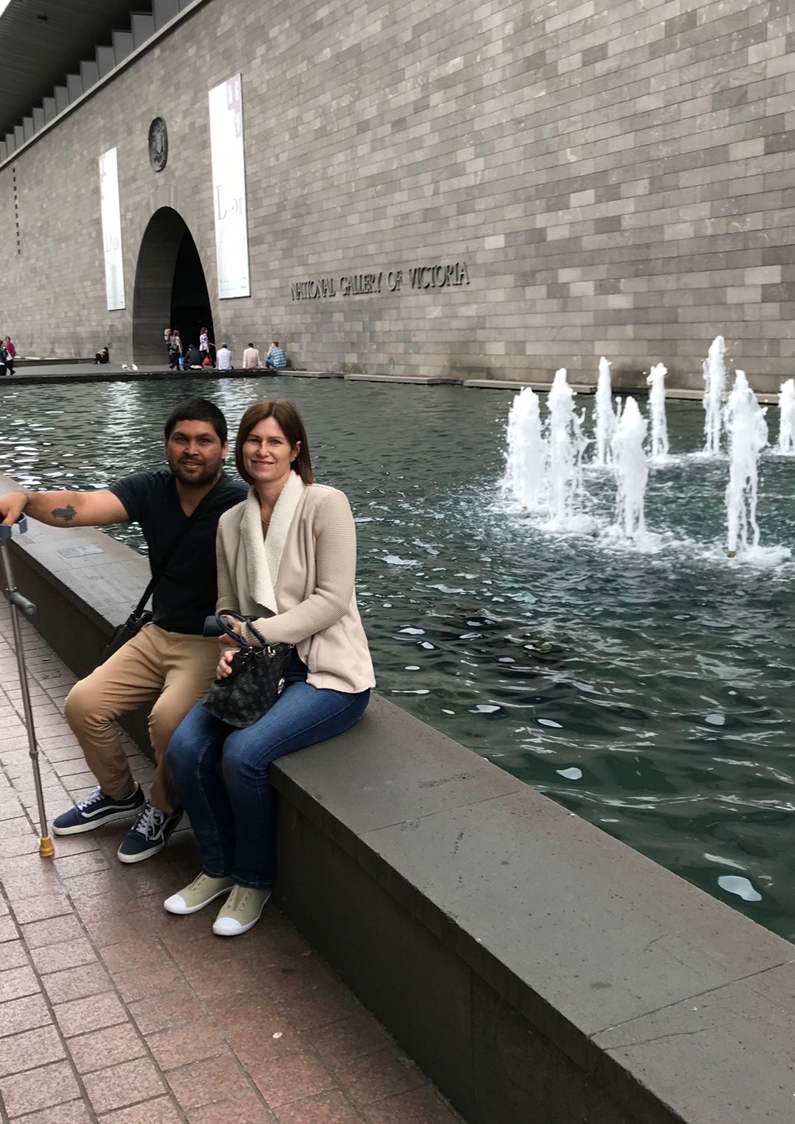 19 Dec It’s a priceless Christmas gift for someone you love very much…..

After exhaustive testing was carried out on both siblings over the past few months, this week they received the fantastic news that Sonya is a donor match. Transplant surgery will take place in January.

While losing one of your major organs might sound like bad news, Sonya is overjoyed at the prospect of gifting her brother a new lease on life:

“Scot was involved in a pretty horrific car accident when he was 19 and his kidneys were very badly damaged by the trauma. Our other brother suffered brain damage in the same accident,” she said.

“I’d offered a few times in the past,” Sonya said. “Several times I’ve said: “Let’s not worry about it, I’ll give you one of mine.”

“He’d never really took my offer seriously until he was at the point of being desperate, and he still hasn’t managed to find a kidney that’s a match, so he asked if the offer was still there,” she said.

Scot Richardson lives in Melbourne where he can be close to the to the hospital where he currently undergoes dialysis three times per week for up to six hours per session.

While kidney patients have been known to live for years on dialysis, where the normal work of the kidneys – removing blood and toxins from the body – is replaced by a machine, Sonya said the limits it places on Scot’s life are heartbreaking:

“I still needed to consider what the repercussions would be for me – I’m a mother, I have three children and I did consider what would happen if I need that kidney sometime down the track,”

“But in the end the decision was a no-brainer – he’s only just turned thirty. What if he doesn’t find that kidney and his life is left less fulfilling because of it?” she said.

“He’s just married now too (to wife Chanel) and they’d love to have children, but they don’t want to have children not knowing what his condition would be or how long he’ll be around for,” Sonya said.

She said Scot’s biggest concern is that Sonya will donate her kidney but the organ will be rejected:

“It will be a very long and hard road – my brother is aware of that, and he is also very aware that it may not take. If it doesn’t work, that’s a risk I’m willing to take. Nothing ventured, nothing gained.

The family are staying positive: “It’s his birthday on the 1st of January – I said to him this time next year you’ll be able to have a proper celebration, you’ll feel fantastic.”

Her experience has made her a strong advocate of organ donation: “I used to think “I’ve ticked that box on my driver’s licence” but it’s just not enough, and I didn’t know that until now,” she said.

“The amount of people you can save, by making it clear that you’d like to be a donor, is incredible.

Gladstone News will follow up with Scot and Sonya in January when the transplant surgery has taken place.