QLD Reds Inspire the next generation 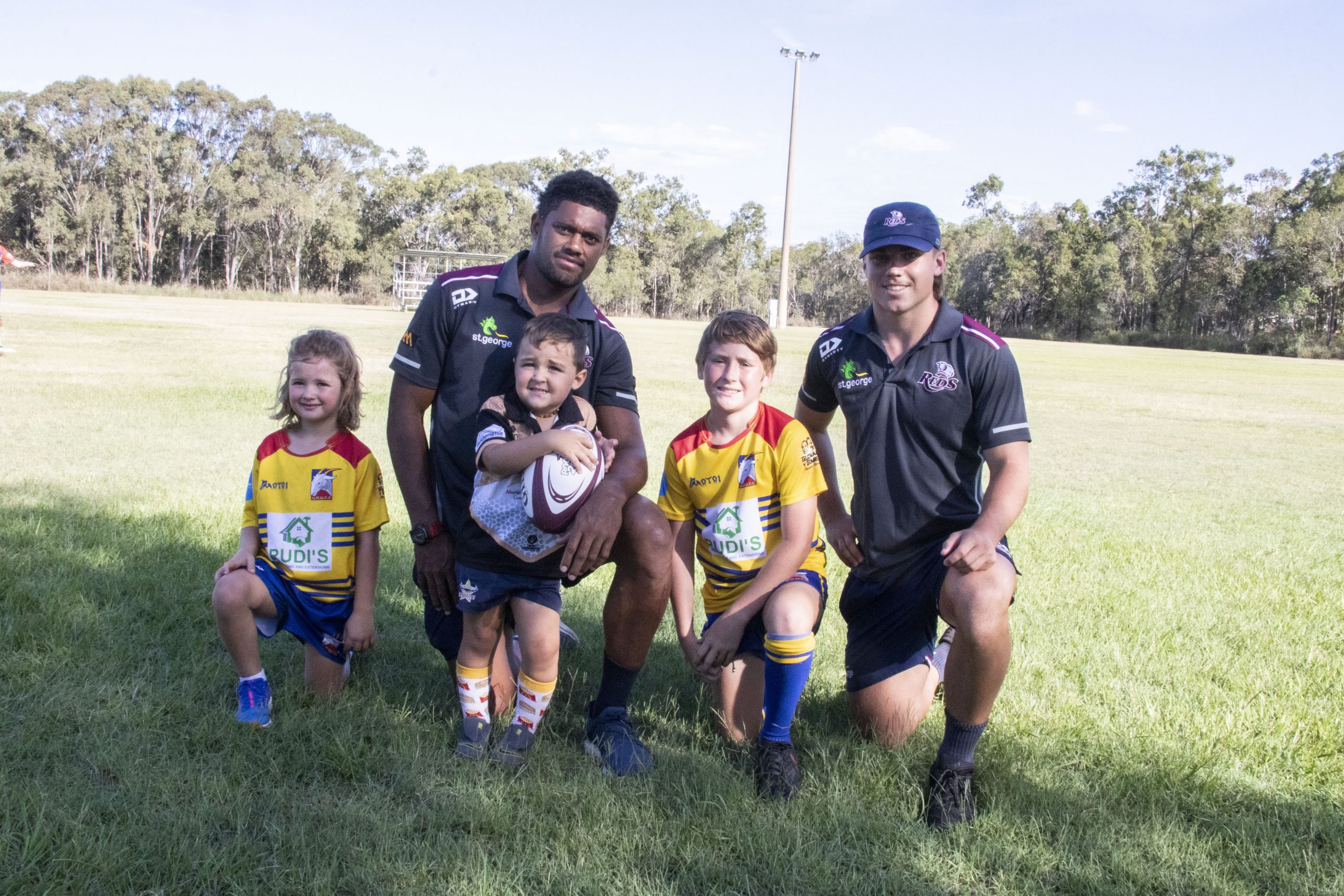 Two Queensland Reds players, Mac Grealy & Ilasia Droasese, visited Gladstone on Wednesday, January 20, thanks to their major sponsor Santos. Holding a coaching clinic for both the junior and senior GRUFC Goats as well as a public meet and greet at the Gladstone Yacht Club.

The tour is part of the clubs ‘Reds to Regions’ program which saw 35 players and various team and QRU administrative staff visiting a total of 28 regional Queensland hubs across three days.

The key focus of the regional tour was for the players to connect with the wider Queensland community.

The players stayed with local families and were also allocated time for ‘work experience’ as they participated in manual labour on their billet family’s farm or property.

“The players are here to spread the word about football and promote footy in such a way that we can get the junior players involved because that’s where we all start, which is great to see!

“It’s not every day where little kids can rub their shoulders with professional football players, hopefully, it will inspire them to pursue a career in football or something like that.”

“I hope it gives the kids some excitement and keeps them interested in the game.”

“I just want to thank Valleys Rugby League Club for letting us use their field for the day, The Gladstone Yacht Club for hosting the meet and greet, Hub Total Fitness for putting the boys up to do a gym session there and of course the Queensland Reds and their staff for making all this possible!”

18-year-old Queensland Reds player Mac Grealy was picked up by the squad this year playing full-back and this was his first time visiting Gladstone, despite his mum going to primary school here.

“I think it’s great to be able to work and connect with local communities, especially with the young kids. We have a few out here today and it’s quite exciting, we went through QAL this morning to see a few of the sponsor’s sites which was quite an eye-opening experience.” Mac said.

When asked about their training regiment leading up to the new season Mac said,

“Training has ramped up leading into the new season, we’ve been training essentially every day including gym sessions so it’s been good, we had the Wallabies come back this week so the intensity stepped up again. We have had a lot of competitions going on we play a lot of games against each other, so it’s looking good we’ve got a good squad mentality heading into next week.”

If you missed out meeting your favourite QLD Reds players this year don’t worry, the ‘Reds to Regions’ tour will return in 2022.