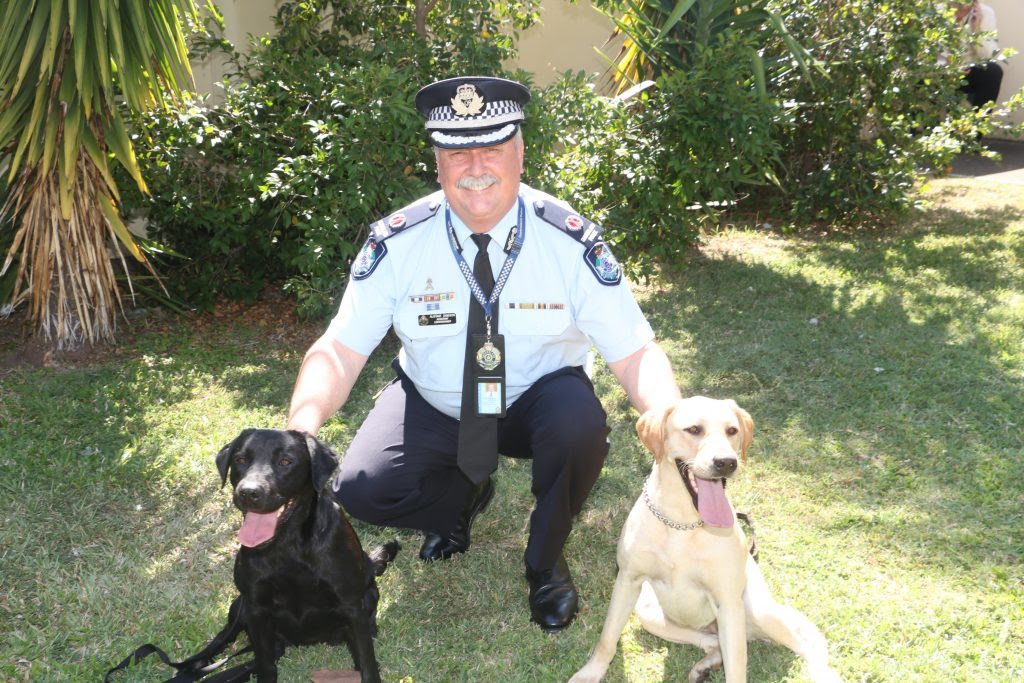 In August this year the Drug Detection Dog Team, comprising of a handler and two drug detection dogs, commenced operational duties within the Central Region.

Handler Senior Constable Cameron O’Sullivan and Police Dogs ‘Rue’ and ‘Violet’ are strategically located in Rockhampton for deployment anywhere across the Central Region, or to support the state where required.

Assistant Commissioner Dawson said it was a significant day for the Central Region, which previously relied on specialist members travelling from Brisbane to assist with drug detections.

“This is a newly established position for the Rockhampton Dog Squad which provides a capability that has not previously been available at a local level,” Assistant Commissioner Dawson said.

“The police dogs are passive drug detection dogs and are trained in detecting a range of dangerous drugs. They can search vehicles, houses, business premises and can even be used at large public events such as music festivals or entertainment precincts.

“Since August, Police Dogs Rue and Violet have been deployed across a range of searches, with the location of an accumulated total of 78 MDMA tablets, 74 grams of amphetamine and 286 grams of cannabis.

“Drugs are a major concern in every community and have devastating impacts, particularly on our young people and most vulnerable.

“The Drug Detection Dog Team will go a long way in helping police to protect our young people from becoming the target of drug dealers who intend to push drugs across our communities,” Assistant Commissioner Dawson said.