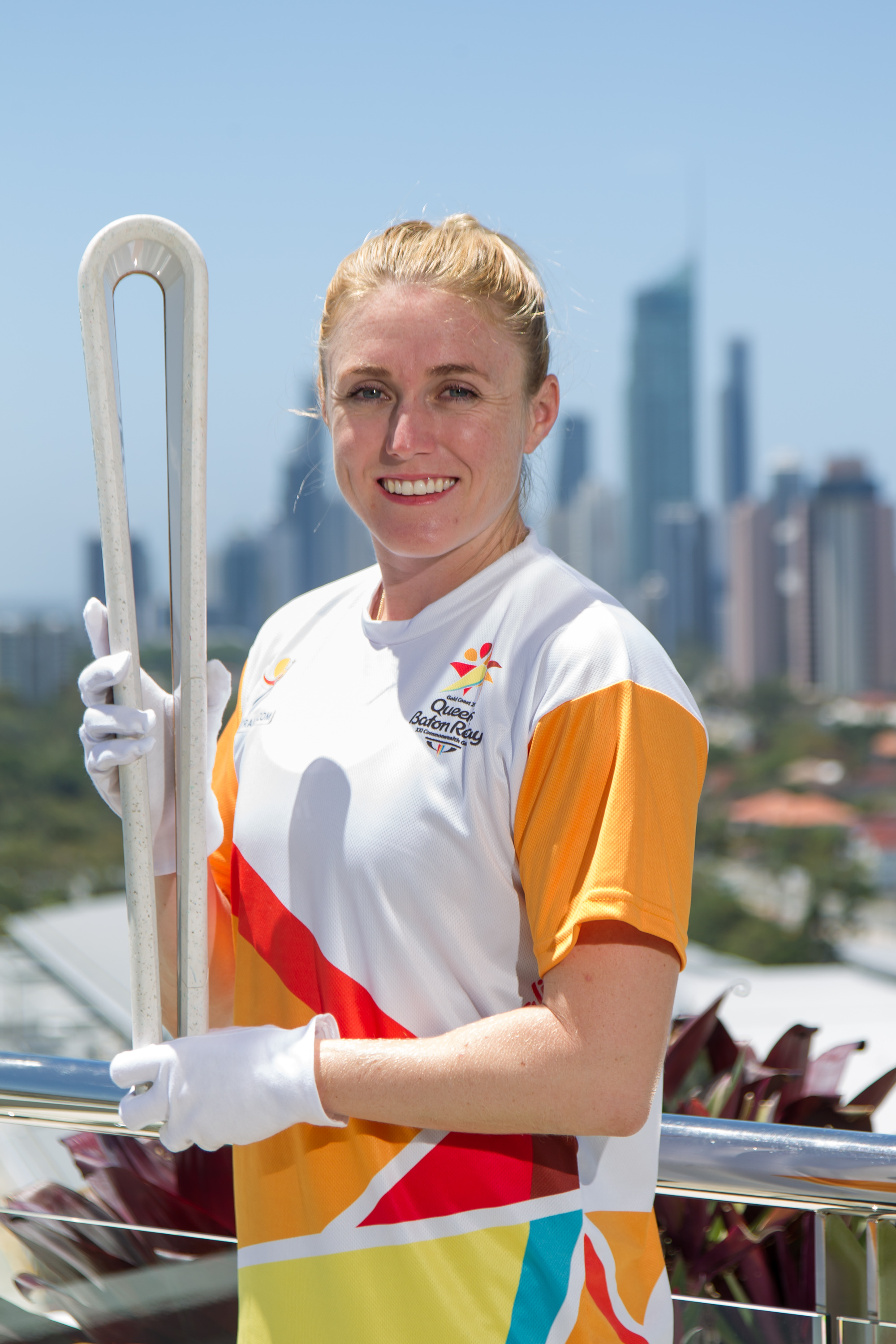 The Gold Coast-inspired, Brisbane-made Commonwealth Games baton is in Australia after traversing the globe on the longest most interactive baton relay in Games history.

From a start at Buckingham Palace in March, the baton has travelled more than 200,000km through 69 nations and territories.

It has been carried by hundreds of thousands of hands as it swung across the jungle in Africa, swam with stingrays in the Caribbean, posed for photos at the Taj Mahal and paraded with Mounties in Canada.

Upon its arrival in on our shores on the morning of Christmas Eve, December 24 it was exactly 100 days until the Gold Coast Commonwealth Games Opening Ceremony on April 4.

“We’re happy now it is back in Australia and we are looking forward to seeing how Australians interact with the baton and what they think of it,” baton co-designer Warren Schroder said.

The baton spent the weekend at the Brisbane International tennis (January 6 and 7), Stradbroke Island yesterday (January 8) and is going to the Magic Millions draw on Surfers Paradise beach today (January 9). Tomorrow will see the baton fly to Palm Island (January 10), Springbrook National Park (Natural Bridge) and the Q1 observation deck on the Gold Coast (January 12).

After circumnavigating the continent in a clockwise direction, the baton returns to Queensland through Horn Island in the Torres Strait on March 3.

It will then travel through the Outback, to the tropical north, onto the World Heritage-listed Great Barrier Reef and then the Whitsundays before arriving in the Gladstone Region on March 24th.

More than 1800 Queenslanders will carry it through 83 communities to its final destination – the Gold Coast’s Carrara Stadium.

There, on the evening of Wednesday, April 4, as part of the GC2018 Opening Ceremony, a message from Her Majesty Queen Elizabeth II – written on spinifex paper and concealed inside the baton – will be read.

It is an epic journey for the baton, which began as a small log of macadamia timber found on the forest floor in the Gold Coast Hinterland.

To represent the Gold Coast’s history of glitz and its transformation into an internationally recognised world-class tourist destination, colourful LED lights were added along with a platinum band engraved with the names of the 70 Commonwealth nations.

A tiny but powerful GPS tracker was also installed to allow the baton’s journey to be followed on the internet.

“It’s done really well. We’ve just got to get into the stadium now,” designer Schroder said.

The baton bearers were chosen to recognise the achievements and aspirations of Queenslanders from all walks of life, from ambitious youngsters to humble volunteers and well-known Australians from a variety of fields.

The region’s own sports superstars Tia Clair Toomey and Gary Larson will be joined by  Jonathan Easton, Tracy Hopkins, Debbie Knust, Ruby Lawler, Jenny McLeod, Dianne and Donald Morris (from Thangool) and Bob Moschioni (Thangool) as they run the Gladstone leg of the baton relay.

Schroder has called on everyone to line the streets when the baton passes through their city, town or region over the next 100 days.

“Those who have the opportunity to carry the baton are all people who have done incredible things in the community,” he said.

“They deserve support and to have big crowds cheering them on.”

For more information on the Gold Coast 2018 Commonwealth Games: gc2018.com