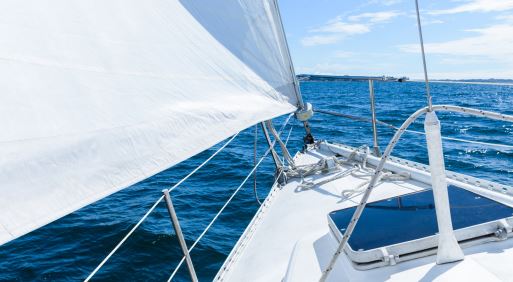 Restless’ Skipper, John Ibell, said that this year’s race was a massive success.

There are four different categories for the Brisbane to Gladstone yacht race, dependent on the size and speed of individual yachts. Restless Racing took out first place in their division, being awarded with first place in the Performance Handicap Modern Division Two.

“Being awarded with first place in this division was a great feat as we were the smallest yacht in the division. While the multiple divisions are a tad confusing, to the sailor it means that you don’t have to have the biggest, fastest or most expensive yacht on the water to be competitive,” said John.

“As the race is over a few days, there are many challenges faced along the way. One of our biggest challenges was one of our spinnakers blowing out early on Friday night. There were certainly some standout moments too. Winds were ten to fifteen knots stronger than forecast for most of the race. We also had a large pod of dolphins come along for the ride for an hour or so on the Friday night, which was a magical moment with the full moon.

“Having a crew of six, with a combined age of 340 years, successfully completing another rough race with no injuries and minor damage was a massive standout moment.”

John said that next year’s race will definitely be a go-ahead, especially considering all the milestones that the crew will be celebrating.

“Restless Racing would like to thank the QCYC, PCSC, GPC and GRC for their efforts in making the race a success, as well as Restless’ local business supporters: Janson Engineering, Ship and Sail Chandlery, Everything Uniform, Port Curtis Sea Safety Services and Brad Smith.

I also have to thank all of our supporters, and last but not least my wife and the crew. Without the commitment from family and mates I couldn’t do what I love to do.”