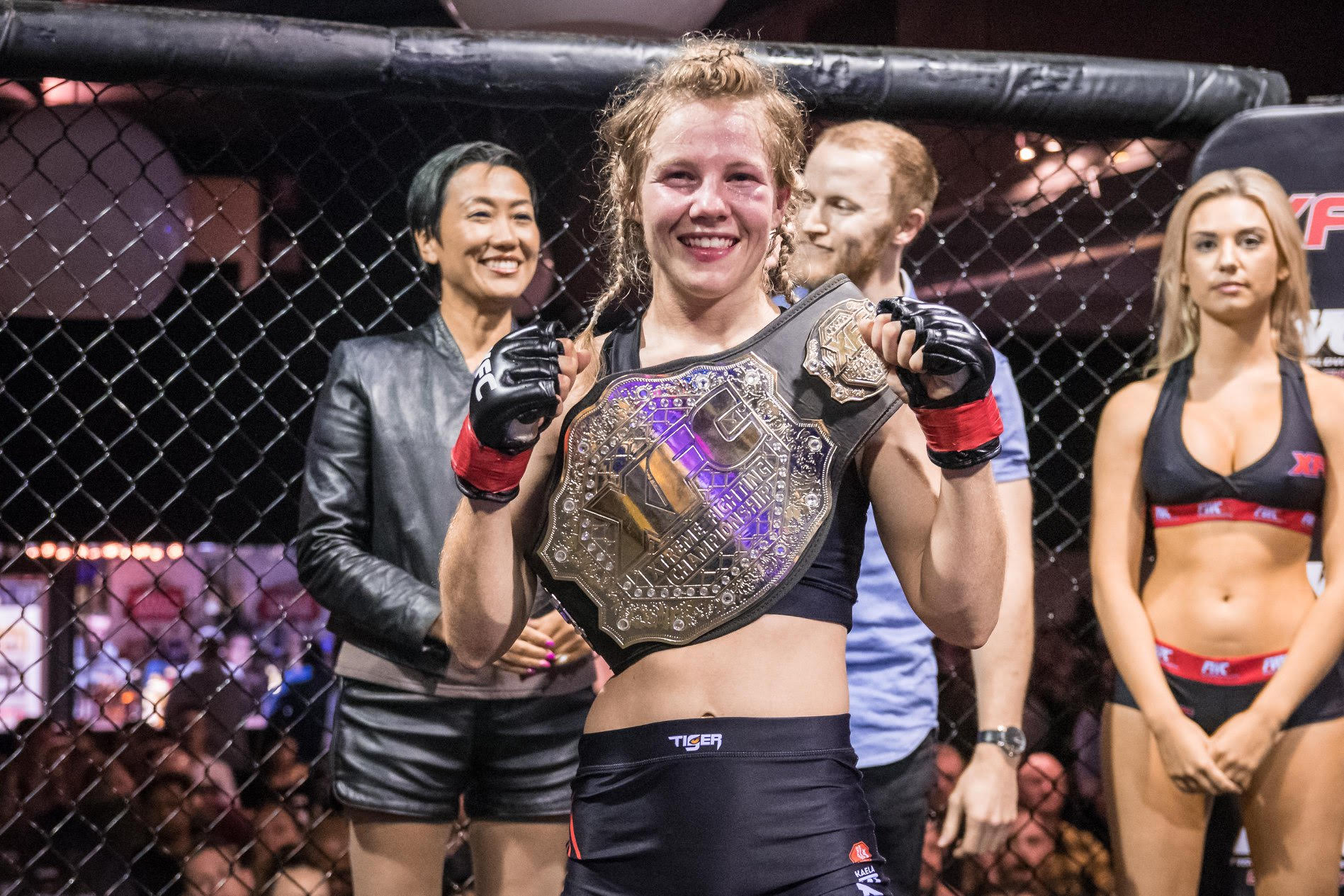 Gladstone born and bred XFC Atomweight Champion, Kaela Banney has defended her title at a bout in Brisbane on July 28.

Winning the five by five-minute round bout by unanimous decision, “Tiger” Banney took on Perth fighter Kim Piper in front of a packed house at the Mansfield Tavern on July 28.

“I’m really fit at the moment, so I had no trouble at all going the distance for the five rounds,” Kaela told Gladstone News after her victory.

“I’m very confident in my conditioning and preparation as well as a lot of faith in my coaching and training team, so I think that gave the edge.”

The Atom Weight division is new to XFC this year. Now the undisputed defending title holder, the always-grateful champion still hasn’t forgotten where she learnt her knock-out moves:

“They say you’re not the champ until you defend the belt and now I have achieved this. Thank you Kim Piper for one hell of a 5 round war!”

“And as always: Gladstone Martial Arts Academy,” she said after the fight.